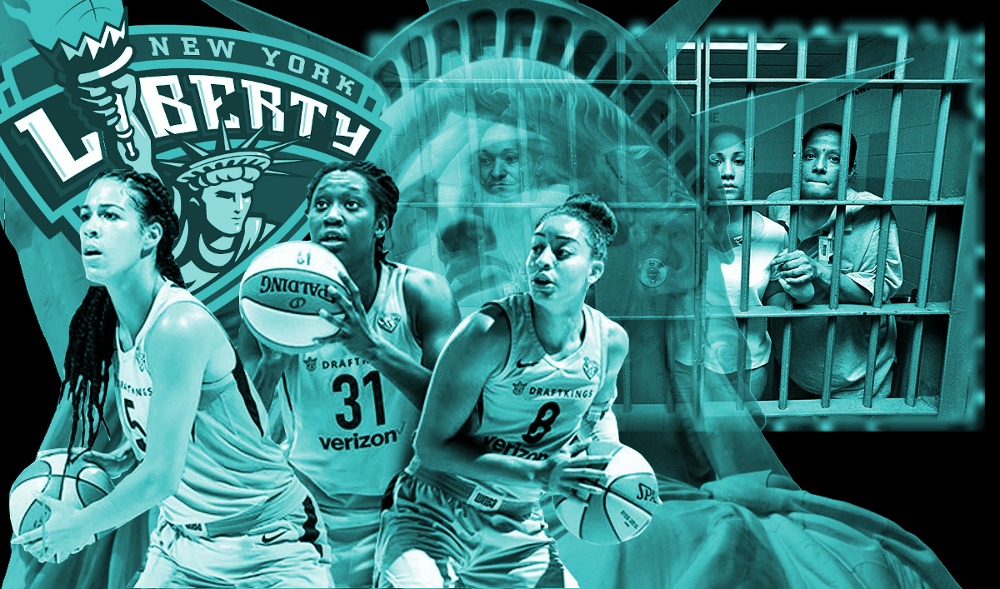 When the New York Liberty took the court against the defending WNBA champion Seattle Storm on Sunday, Aug. 11, the Storm were the lesser issue for the Liberty. It isn’t that Seattle’s squad is severely diminished, but rather that Liberty were playing to bring awareness to an issue that’s bigger than basketball.

This year, during their third annual “Unity Day”, the Liberty chose to highlight the issue of the mass incarceration of women in America.  Along with the game, New York hosted a panel on Thursday titled “Forgotten Behind Bars: Women’s Healthcare, Family and Representation.“ The panel featured center Tina Charles, guard Tanisha Wright and COO Keia Clarke. Together with community leaders, the discussion will focus on how the criminal justice system unjustly affects women, society’s role in marginalizing female prisoners and solutions for change. 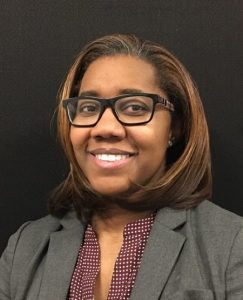 “Our franchise takes the initiative to create new programming with the thought of how do we get more eyes and ears around what’s happening around the game,” Clarke said. “This is all about raising awareness and education. We want to bring people together and have these conversations that can be difficult to bring to light what’s happening. Explaining to people what’s going on and how we can help is definitely going to be a part of the panel on Thursday. That’s where we hope people can learn how to put forth some action.”

Charles expressed her desire to see this issue highlighted after she learned statistics on women in the United States who have had their personal liberty taken away. 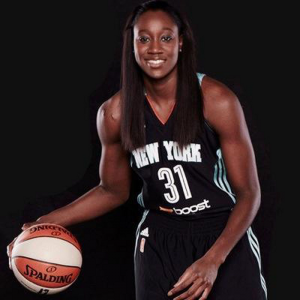 “I want to make sure it’s highlighted that 80 percent of women who are incarcerated are mothers,” Charles stated. “From 1980 to 2017, the number of women incarcerated increased by more than 700%, it really shows how important this issue is not just for the New York Liberty but for the community. I hope everyone turns out for the event at the Barclays Center and gets engaged in this in their communities.”

And Charles isn’t wrong. When it comes to women’s incarceration rates, the facts are staggering. Over a quarter of a million women were living in prisons in 2017, the majority of whom had been incarcerated for non-violent crimes. One effect is the financial strain that comes from lost income from having one parent behind bars. That strain continues long after women complete their sentences, due to restrictive employment practices for released prisoners.

Another consequence is the lack of maternal guidance, resulting in the children of these women becoming vulnerable to criminal behavior themselves. The issue’s broad reach has been felt by people in the Liberty organization.

“Without sharing any personal stories for others, there are a few women in our organization who have had family members in jail,” Clarke explained. “There are others who have family members who have been affected by others in their lives having been incarcerated.”

Unity Day began in the wake of the shooting deaths of black men by police in 2016, and the ensuing public outcry. Initially, the Liberty’s players took the court in solidarity with the Black Lives Matter protest, and faced fines for doing so. (Those fines were later rescinded). As a result, the team and players agreed on hosting an annual day to raise awareness of issues of great significance to the players and team.

In 2017 the team partnered with the Ross Initiative in Sports Equality to promote community cohesiveness, diversity and inclusion. Charles spoke to her experience in the event as a member of the team. In 2018, the event focused on “what it means to be an ally, how to support racially disenfranchised groups, and how to leverage an ally identity to improve race relations.”

“It means a lot,” Charles elaborated. “It shows that it’s not just about what happens on the court but the organization realizes at the end of the day you go back into reality. We’re sensitive to what’s going on in society. Knowing that the drive to build up the fan base comes with work to build up the community is such a benefit.”

Reform in the criminal justice system is a task that involves commercial, political and societal forces. Clarke stressed that changing those dynamics begins with education. Raising awareness on the issue is exactly what Unity Day was about this year.

Other WNBA franchises are active in their communities and working to effect positive change on social issues. The Liberty have a legacy of leading in that area, allowing players like Charles a place to not only become second on the league’s all-time double-doubles list but also contribute toward positive change in their communities as well. For New York’s WNBA team, liberty is much more than a word on the front of their jerseys.

Permanent link to this article: https://advocacyforfairnessinsports.org/feature-stories/nba-wnba/new-york-liberty-seek-justice-for-women-in-prison/