Permanent link to this article: https://advocacyforfairnessinsports.org/feature-stories/ncaa/

The COVID-19 pandemic has made it clear who the real governing bodies in college athletics are. Despite how much the NCAA pretends to have overarching, sweeping, oversight of every member nationwide when it comes to athlete-employees being compensated for their labor, it’s the athletic conferences that NCAA-member institutions belong to, not the NCAA, that really runs college athletics.

In the hit Netflix series, “Stranger Things”, there is an alternate dimension called the “Upside Down.” It’s a close copy of our known plane of reality but completely inhospitable for our species. In a similar way, NCAA-member institutions’ priorities have turned completely upside down. Baylor University’s handling of hazing by members of its baseball team is proof of such reversal.

Last Friday, Baylor announced it suspended 14 members of the team as a result of an internal investigation into a hazing incident that occurred about a year ago.

Breaking Down the NCAA’s Latest Stall Tactic for Athlete Compensation

In September of this year, California enacted a law that would allow college athletes to profit off their name, image, and likeness (NIL) beginning in 2023. The NCAA vehemently opposed this law and even threatened that any California schools that allowed their student athletes to profit off their NIL would be in violation of NCAA rules and therefore unable to compete against NCAA teams.

On Tuesday, Rutgers University announced the findings of an independent review of its softball program. While the report largely substantiated the allegations against head coach Kristen Butler and members of her staff by several athletes, it did not recommend the Scarlett Knights athletic department take any disciplinary action against Butler or any of her staff.

What College Athletes Need to Know About Seeking Legal Aid

Athletes are some of the most prized students at colleges across America. After all, they’re tasked with the difficult job of representing their school, while trying to take their own athletic careers to the next level. However, this also means that athletes often have to tiptoe around the various rules and regulations that are currently in play.

Unfortunately, there has been some bad reporting on a recently introduced bill in the US House of Representatives, H.R. 5528. Contrary to the insinuations of poorly written headlines, the bill would not place a cap on compensation for coaches at NCAA-member universities or establish a limited exemption to federal antitrust laws for the NCAA. Framing the bill as such is not only false but diminishes the real power that the bill would grant. It’s even more potent than the bad reporting suggests.

On Tuesday, Dec. 17, some of the most notable voices in college athletics came together to discuss NIL legislation at the Aspen Institute in Washington, D.C. The whole conversation misses the mark in a big way, however, that is perhaps prophetically interpreted by the band America in their 1974 hit, “Tin … 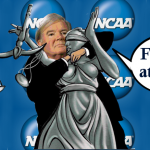 SB 206 Would Benefit More Athletes Than the Narrative Indicates

Somehow the narrative around SB 206, and athlete rights to the name, image, and likeness of their birthright—a right that every other American citizen takes for granted is being distorted in the media–both as to what it is and the number of athletes it would benefit. 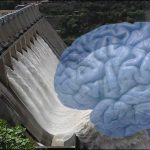 The legacy of Ploetz v. NCAA is playing out in two similar trials, both with very similar claims. If as successful as Ploetz was, the consequences for the NCAA along with its member conferences/institutions could be serious. 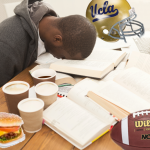 Irv Eatman: It’s All About the Student-Athlete. Or is it?

It has been over four decades since I entered college at UCLA. I really enjoyed being a student/ athlete but I would be lying if I said there were not times when it was very difficult. Trying to balance school, practice, travel, games and yes socializing was not easy. Fast forward to present day and as the father of a soon to be student/ athlete, things have not gotten any easier. 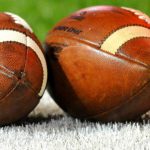 An Interview with Robert Green October 22, 2017
Derek Helling Every year, the passage of another college football season spans from August through January, and the economic machine keeps thousands of people in industries from foodservice to retail apparel busy. As with most businesses of this scale, there are stories … 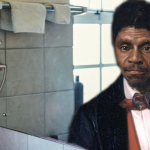 Why are we still treating college athletes as less than human?

In 1857, the Supreme Court of the United States of America acted as the mouthpiece of a society which clammored for the reinforcement of economic traditions along with class and race barriers. In 2018, the NCAA fills much of the same role in its adjudication of similar duties. With the convictions of Christian Dawkins, James Gatto and Merl Code Jr. on the charges of conspiracy to commit wire fraud and wire fraud in a Manhattan federal court in late October 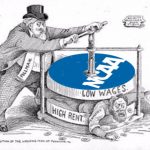 The phrase, “those who don’t learn from history are doomed to repeat it” has become cliché and that unfortunately means it has lost much of its meaning. Considering the status quo involving NCAA athletes who play revenue sports, it’s unfortunate how little society learned from a similar situation in the 1890s which historians refer to as the Pullman strike. 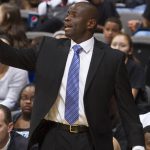 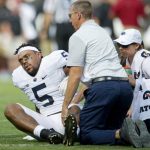 As the prevalence of loss of value insurance policies among NFL prospects who are preparing for a career as a professional athlete in the NCAA ranks grows, the current state of the industry appears to be trending upward while some issues are still lingering.