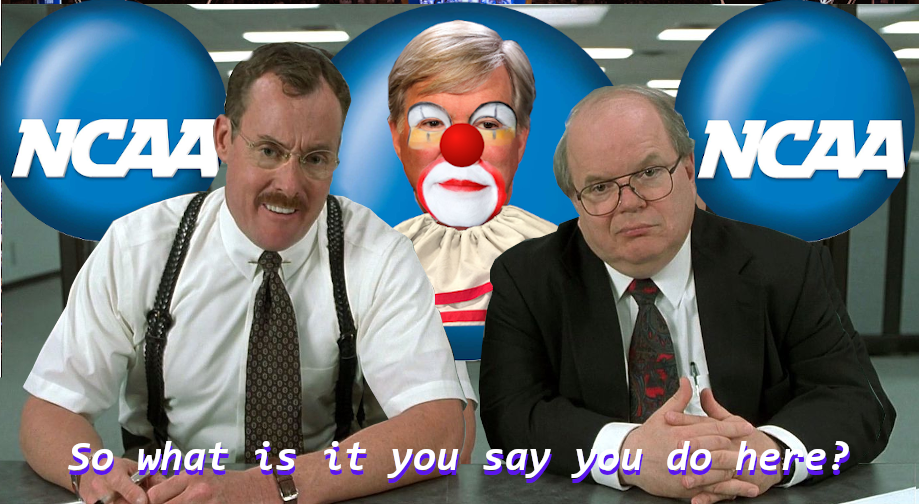 The COVID-19 pandemic has made it clear who the real governing bodies in college athletics are. Despite how much the NCAA pretends to have overarching, sweeping, oversight of every member nationwide when it comes to athlete-employees being compensated for their labor, it’s the athletic conferences that NCAA-member institutions belong to, not the NCAA, that really runs college athletics.

An amended complaint in Aldrich, et al, v. NCAA, et al, introduces two new wrinkles to the dispute. First, it integrates a current athlete-employee into the list of named plaintiffs, Beata Corcoran. Secondly, it petitions the court for certification of two classes: a nationwide class of all people who participated in NCAA-sanctioned sporting events from 1992 on, which the complaint states would surpass 460,000 individuals, and another class of athlete-employees who worked alongside former track and field coach John Rembao.

Among the prayers for relief are an injunction requiring the NCAA and the NCAA Board of Governors to implement rules and by-laws that are considered best practices for protecting athlete-employees against sexual predators working in athletic departments. In simpler language, the plaintiffs want the court to force the NCAA to actually act like the governing body for college athletics it pretends to be.

Erin Aldrich, Londa Bevins, and Jessica Johnson all allege that their former coach at the University of Texas, Rembao, sexually abused, sexually harassed, and retaliated against them. All three allege that the NCAA failed its duties to them in allowing Rembao to hold coaching positions at multiple schools despite a past history of such illegal activity.

Corcoran’s inclusion is vital to the certification of the class because of her status as a current member of the women’s rowing team at Princeton University. Her joining the group of plaintiffs is significant because the original plaintiff group was comprised of former athlete-employees only. The amended complaint, filed July 13, makes no mention of Corcoran’s specific experiences related to the three other parties to the lawsuit.

Corcoran’s inclusion could prove pivotal in the court’s decision on whether or not to certify the class as the plaintiffs propose. The plaintiffs’ argument for certification of the nationwide class rests on the commonality of a need for the court to clarify:

The complaint goes on to state that a class action is superior because of the emotionally-charged nature of the events in question. Some class members may not be emotionally ready to recount their traumatic experiences despite the crucial nature of that testimony to the case. Additionally, the complaint argues that because of the size of the class, individual complaints would put significant stress upon the court system.

On behalf of the proposed nationwide class, the amended makes seven claims against the NCAA, its board of governors, and Rembao. Those are:

Defendants have yet to file an opposition to the certification of either class or a motion to dismiss the amended complaint. Both actions should be forthcoming soon, however. A jury determining that the NCAA has a duty to create and enforce by-laws regarding the health of athlete-employees at its member institutions would have sweeping ramifications, especially in light of the currently unknown long-term effects of COVID-19 that athlete-employees at many of its members have already been exposed to.

In its opposition to certification of the nationwide class, it would not be strange for the NCAA to conveniently argue that the very legal devices “threatening its existence” prevent such certification. The NCAA has made the argument many times that disparate state laws governing the compensation and publicity rights of athlete-employees would d0 significant harm to its structure. Yet, the NCAA will likely argue that the court cannot certify the proposed nationwide class because of the disparate state laws governing colleges/universities sharing employment records.

That in and of itself is a perfect representation of how the NCAA works. Its only interest and the driving motivation behind everything it does is to shield its members from the consequences of their illegal and immoral activities. Its resistance to a lawsuit that simply asks a federal court to act in accordance with its own public relations campaigning should be all anyone needs to know about the character of this criminal enterprise.

Permanent link to this article: https://advocacyforfairnessinsports.org/feature-stories/ncaa/aldrich-v-ncaa-amended-complaint/