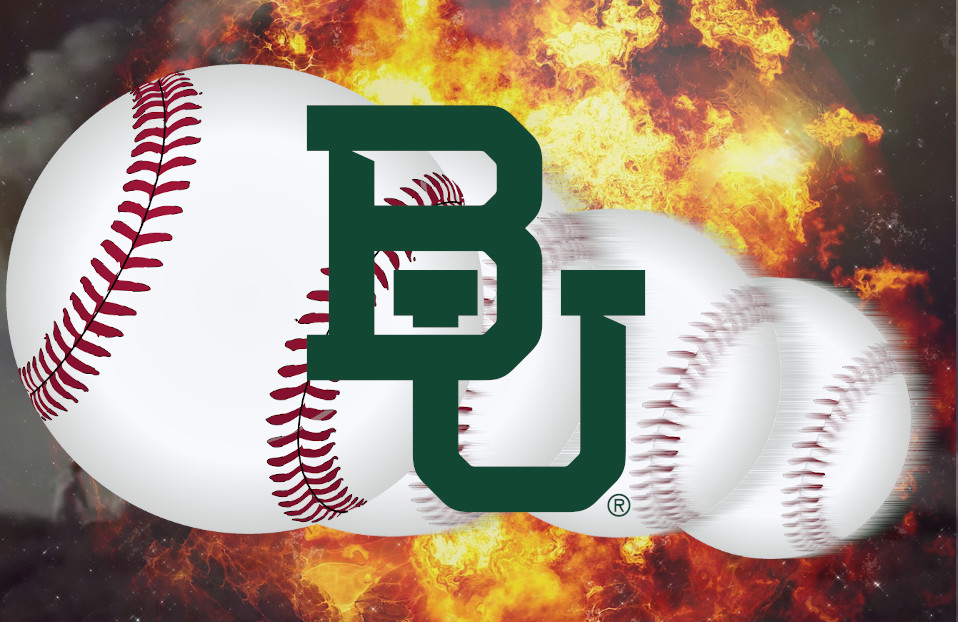 In the hit Netflix series, “Stranger Things”, there is an alternate dimension called the “Upside Down.” It’s a close copy of our known plane of reality but completely inhospitable for our species. In a similar way, NCAA-member institutions’ priorities have turned completely upside down. Baylor University’s handling of hazing by members of its baseball team is proof of such reversal.

Last Friday, Baylor announced it suspended 14 members of the team as a result of an internal investigation into a hazing incident that occurred about a year ago. The statement makes clear that neither drugs nor alcohol was involved but fails to explain in even the vaguest of terms what actually took place. Additionally, Baylor decided that because of the volume of players suspended, it would stagger the suspensions over the first three weeks of the season.

Suspending 14 players for the same two games would indeed handicap the Bears’ numbers on a game day. The current roster includes 35 athletes but just because a player appears on the roster doesn’t necessarily mean he’s available on game day. Removing 14 players could severely hamper Baylor’s ability to compete in two games. It would truly be unfair to the rest of the players on the roster to punish them for actions they took no part in.

While all that is true, Baylor should have higher priorities that supersede those concerns. By handling this situation in this manner, another NCAA-member institution has once again prioritized marketing and revenue over justice and people.

As representatives for the NCAA trumpet on Capitol Hill that athletes are just students who play sports for fun and to pay for their “world-class educations,” its member institutions like Baylor don’t treat such athletes anywhere close to the same as non-athlete students. To demonstrate this inconsistency, suppose a group of 14 fraternity members on Baylor’s campus were caught hazing new members. Baylor’s history of dealing with such incidents paints quite a different picture compared to how it handled hazing on its baseball team.

While the actions that led to the baseball players’ suspensions may not have had any elements of racism or sexual assault to them, it’s hard to miss how the statement didn’t explicitly state the investigation ruled either out as it did for drugs and alcohol involvement. Without further information about what took place, it’s impossible to know whether the activity approached a threshold of criminal behavior. It’s unclear whether Baylor involved any actual law enforcement bodies like campus or Waco police in its investigation. All indications point toward that not being the case. At the very least, the question of why Baylor waited until May of last year to start an investigation and furthermore why it took another eight months to resolve that inquiry.

Even if the behavior in question had no elements of racism or sexual assault or teetered on illegality, the answers to those questions seem quite clear. May is toward the end of the college baseball season each year. Timing the suspensions for the first three weeks of the season also ensures minimal effect on the team’s current season, as Big 12 baseball teams like Baylor tend to schedule home games against smaller schools at this point of the season. The point of contention is consistency in internal procedures.

Baylor did not afford those fraternities a time period of three months before it began investigating the allegations against it, nor did it decline to take any action before it concluded its investigation. What’s upside down about that is, Baylor’s fraternity members don’t appear in public view as representatives of the institution. If anything, the institution should hold its athletes to a higher standard of conduct than the general student body.

Baylor’s sloth in opening an investigation and issuing suspensions reeks of a double-standard. Its staggering of the suspensions but still compacting them within the first three weeks of the season sends a message that protecting the product on the field is more important than protecting the athletes who were mistreated by their teammates.

Furthermore, it reinforces the narrative that if you work for the institution in a capacity that brings in revenue, the rules for the general student body don’t apply to you. It is indicative of NCAA-member institutions’ larger habit of representing its athletes as just like their non-athlete classmates but treating them wholly differently based on whether or not it’s convenient.

If athletes like these players are no different from their non-athlete classmates, then it is inconsistent with Baylor’s precedent for these situations that their campus activities weren’t immediately suspended pending an investigation. If they are a special class within the student body, then it is inconsistent that they should not be afforded all the rights associated with that distinction.

These athletes have little recourse to dispute their discipline or the severity of such. Additionally, they are not able to hire counsel to represent them without affecting their eligibility and any scholarship status. They are also unable to collectively bargain for terms of what does and doesn’t constitute improper conduct and appropriate discipline for that. Despite the fact that Baylor has zero authority reserved for legitimate law-enforcement bodies, it acts as the sole and unquestionable judge, jury and executioner in this matter.

Baylor’s attempt to sweep this under the rug is especially problematic because of that institution’s track record with these situations. The cover-up of sexual assaults by members of its American football team under former head coach Art Briles’ watch has been well reported on. While investigators at the institution may have acted properly and performed their duties to the best of their ability, the circumstances around the situation create an atmosphere of doubt. Baylor’s continued missteps show how its priorities are still upside down.

Permanent link to this article: https://advocacyforfairnessinsports.org/feature-stories/ncaa/baylors-suspension-of-14-baseball-players-is-college-sports-stranger-thing/