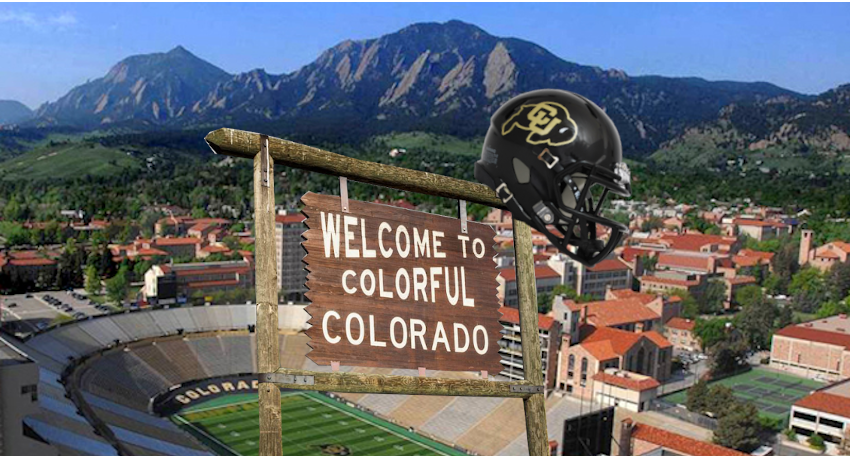 That stated intent was overriding NCAA by-laws that severely restrict athlete-employees at Colo. colleges and universities’ ability to simultaneously enjoy the same publicity rights that every other legal adult in the United States of America owns and maintain their good standings with all the governing bodies of their sport. Instead of taking the opportunity to learn from the mistakes that its predecessor, California, made in installing such a law, Colo. enacted a worse version of its own.

It’s similar to the Calif. law in several ways. Those include:

Several of these tenets of both laws are contradictory to the ideology behind the statutes. Instead of protecting athlete-employees at Colo. institutions, they entrench the second-class status of those people in comparison to the coaches they work alongside and the non-athlete students they study alongside in state law. Examples of these inequities include:

Both of these laws are thus counterproductive to their purposes. It’s beyond a mere matter of ineffectiveness or short-sightedness. A particular section of the Colo. law puts the framing of the law firmly into the “Pyrrhic Victory” category. Sec. 2 (2) (a) reads as follows:

Yes, you read that right. The state of Colo. says the Mountain West Conference, the Pac-12 Conference and the NCAA can go right ahead and continue to enforce any existing by-laws or whatever incarnations of them might present themselves in the future at their own discretion. All that’s necessary for such by-laws to be in compliance with Colo. law is for athletic associations to hold them, which is exactly what bodies like the NCAA are.

With that line of text, all the other precepts of this law are void. On top of that, it puts Colo. athlete-employees at even greater danger of being exploited than they already are. Athletic associations can essentially do anything they want along these lines and the athlete-employees have no recourse to address their grievances with the state. It would have been better if the Colo. state government had done nothing on this matter than enact this harmful law.

Colo. House Majority Leader Alec Garnett shared the same sentiment. After voting against the bill, Garnett said it, “doesn’t let anything happen without approval from the NCAA or the conference that a school is in. I don’t feel like we pushed the NCAA or other states hard. I’m opposed to the stand we have taken.”

While it’s impossible to know the inner dialogue and motivations of another person without them sharing that information, the bill appears to only serve one purpose: political grandstanding. It allows the bill’s sponsors and supporters to erect a facade of “being on the cutting edge of civil rights for college athletes” while actually fortifying the status quo and involving the state in the exploitation of college athletes.

Further evidence of the ongoing sham of the advancement of civil rights for college athletes surfaced on Monday, April 6 when the NCAA’s pet advocacy group, the Knight Commission, released its recommended guidelines for NIL regulations. Like the Colo. law, the guidelines purport progress while doing more harm than good.

The recommendations come with five over-arching points, some of which are self-contradictory once you read the details. For example, the first point emphasizes “enabling college athletes to pursue NIL opportunities like other students” but then goes on to also emphasize that those opportunities should not “create pay-for-play arrangements.” That’s contradictory language because non-athlete students do not face restrictions on being compensated by the institutions they study at for the usage of their NILs.

In the fourth point, the Commission mentions that hypothetical body again. The Commission wants that body to have the power to arbitrarily and unilaterally decide what the fair market value for the NIL usage of athlete-employees is. This is a huge issue because any oversight body sanctioned by the NCAA won’t take any action that would be detrimental to the NCAA’s membership. One of the biggest fears of NCAA members in athlete-employees realizing their full publicity rights is that the businesses those institutions partner with will divert funds they are currently spending on partnerships with the athletic departments to those athlete-employees instead. Because of that, such a governing body will likely set these “fair market value” parameters well below the actual value on the open market.

The Commission echoes the sentiments of the Calif. and Colo. laws in that athletic departments should not arrange for or provide for NIL compensation themselves. Another ideological problem with that idea is if college is supposed to prepare young adults for “the real world,” this is self-defeating because that’s not how real job markets work in the USA. None of the employers who these athlete-employees will consider working for after their time at these universities will withhold details about the compensation they are offering. Even more applicable here, there is no law in Calif. or Colo. that bars employers from arranging for such compensation for prospective employees.

The recommendations from the Knight Commission and the law in Colo. continue to prop up this fantasy world that in some magical way, the market for the services of college athletes should be drastically different from all other job markets, exploit these athletes and bring great profits to the colleges/universities without the people performing the labor to produce that value sharing in it.

There is only one real path forward for these athlete-employees to realize their full rights as citizens and laborers. College athletes must organize and be willing to collectively withhold their labor unless they are given the compensation, privileges and rights their efforts merit. If state legislators and non-profit associations want to actually help these people, they should work toward that end instead of drafting regulations that are wolves in sheep’s clothing.

Permanent link to this article: https://advocacyforfairnessinsports.org/feature-stories/ncaa/colorados-nil-law-is-the-epitome-of-political-grandstanding/