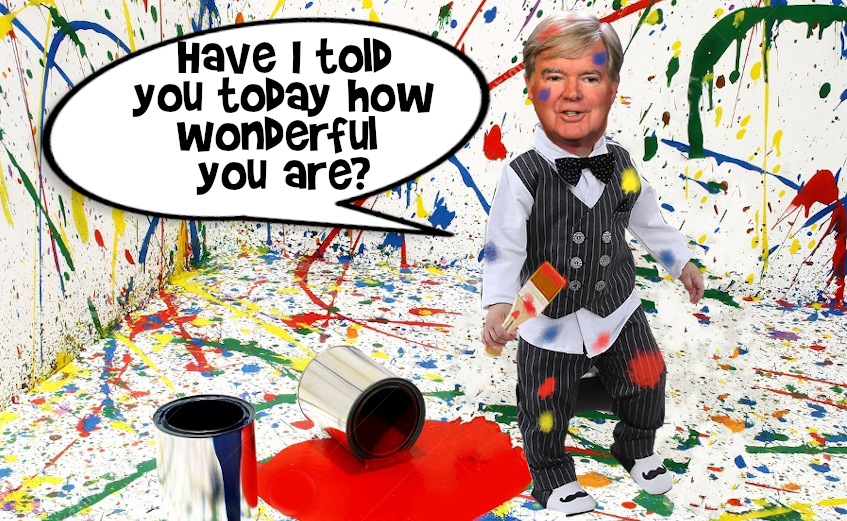 The NCAA and its members, through the BOG, scream out in desperation for Congress to grant it immunity against federal antitrust laws. The document gives all the impression of a frantic call coming from a sinking ship. The recommendations therein on NIL rules come off as a child who has misbehaved again but her/his parent(s) have yet to discover the transgression. He/she is hurriedly trying to perform household chores to butter the parent up to soften the blow when the hammer inevitably falls.

Over the 31 pages of the report, the Board works out how the members of the NCAA’s three divisions can feign giving economic justice to athlete-workers while still unilaterally dictating the terms of the capital-labor relationship. It’s a crucial capitulation if the NCAA’s plea to Congress is to be heard.

The element most pivotal to the plan is oversight of endorsement and sponsor deals between athletes and third parties. The report argues such oversight is necessary to prevent third-party payments becoming nothing more than a funnel for member institutions to pay athletes for their labor. The concern is that such relationships will be recruitment and transfer enticements. Moreover, the concern is that members with more resources will use those to their advantage.

Restraining the free market that non-athlete students at the same institutions enjoy for athletes is bullshit of the rankest putrescence. The truth is that there are NCAA-sanctioned recruiting and transfer enticements ongoing that the NCAA has taken little if any action to reign in. Facilities and ever-escalating compensation for coaches are two great examples of this. In reality, the NCAA and its members don’t have an issue with the most wealthy among them having a competitive advantage over those less well-off. Those parties only have an issue with any of that wealth going into the hands of the people most responsible for producing it.

The report is understandably mum on who should provide the oversight. That’s because the NCAA and athletic conferences legally cannot do so. Such an action might be a violation of Article I of the Sherman Act, which, by the way, a federal court has already found NCAA by-laws in violation of on two separate occasions. That’s the big reason why the NCAA and its members are begging Congress for an exemption with all the veracity of Chris Crocker demanding we leave Britney alone.

This hesitancy is seen again in a section of the report where the Board recommends that divisions make a rule to exclude athletic apparel and shoe endorsements from those companies that athletes can partner with. The language makes it quite clear that the Board is leaving the decision on that up to the member institutions, however.

To accurately demonstrate what the NCAA and its members fear, suppose at least one of the divisions does enact such a rule. Also, suppose the NCAA takes on the role of oversight in these matters. Then further assume an athlete has an apparel company interested in an endorsement deal with an athlete who plays in that division. He/she could easily file suit against the NCAA, arguing it is harming her/his commercial agency and unlawfully restricting trade. The NCAA’s defense against such a claim would be as weak as its arguments in its appeal of Alston v. NCAA.

That’s why the NCAA and its members so desperately need Congress to intervene on the behalf of their “plantation” system of economic exploitation. The authority of any governing body, even if it’s completely independent of the NCAA and its members, to unilaterally regulate these contracts is questionable at best without a federal antitrust exemption.

Some members of Congress have already communicated they are not fooled by the ploy. Congressman Mark Walker stated he opposes giving the NCAA any antitrust immunity. Congresswoman Donna Shalala called the report a PR document. Congressman Chris Murphy said the proposal does not go far enough and that Congress should look at giving member institutions legal protections to compensate athletes directly.

Perhaps the greatest tragedy for the NCAA and its members is that they could easily sidestep this entire issue by simply allowing athletes unrestricted access to the free market for their services that the coaches those athletes work alongside enjoy. The NCAA has made no recommendations to any of its divisions for restrictions on coaches endorsing athletic apparel or shoes. That fact reveals the true motivation behind everything the NCAA does: greed.

What the NCAA and its members fear much more than a further skew in the “competitive balance” is the money currently going into the pockets of athletic directors and coaches padding the bank accounts of athletes instead. Athletic apparel deals are a tremendous source of revenue for individual institutions and that’s why the Board’s report singled this category out for possible exclusion. Adidas, Nike and Under Armour have significant but still limited marketing budgets. Every dollar they spend on an athlete may be one less they pay to the institutions. That could spread to other verticals and eventually, the name on the back of the jersey could be worth more than the name on the front. If that occurs, the power dynamic in college athletics turns completely on its head from the status quo.

Again, this is an issue that the NCAA and its members could sidestep. If they gave athletes full recognition as the employees they already are, helped them to organize and then collectively bargained the terms of that capital-labor relationship, they could get the oversight of these deals they desire without fear of antitrust violations. Their refusal to acknowledge the slow crawl of the culture around them in that direction is what will make them obsolete.

The NBA’s G-League has begun pilfering the ranks of its best talent on the men’s basketball scene, which is the most lucrative for the NCAA itself. The launch of the Professional Collegiate League next year will build on that phenomenon. In time, the NCAA’s cash cow will bear the reputation of a “junior-varsity” league that the top talent passes on because of its archaic landscape if it continues to refuse to adapt.

In a rich twist of irony, the NCAA and its members are their own biggest obstacles. Their refusal to cede any control of the situation is exactly what has them in these desperate circumstances where their power is slipping. In the end, it will not be Congress, any federal court, the G-League or the PC League that brings about the end of the status quo. It will be the greed of the NCAA and its members.

Permanent link to this article: https://advocacyforfairnessinsports.org/feature-stories/ncaa/the-ncaa-board-of-governors-recommendations-for-nil-rules-are-nothing-but-a-political-ploy/