Why are we still treating college athletes as less than human? 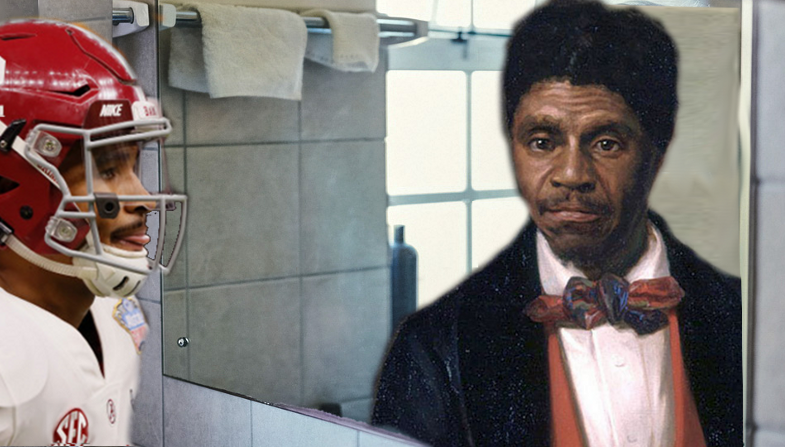 In 1857, the Supreme Court of the United States of America acted as the mouthpiece of a society which clammored for the reinforcement of economic traditions along with class and race barriers. In 2018, the NCAA fills much of the same role in its adjudication of similar duties.

With the convictions of Christian Dawkins, James Gatto and Merl Code Jr. on the charges of conspiracy to commit wire fraud and wire fraud in a Manhattan federal court in late October, a federal court effectively determined that individuals who resort to means outside of the structures that the NCAA sanctions for participating athletes to receive compensation for their efforts on behalf of NCAA-member institutions are not merely in violation of NCAA bylaws, but are in violation of federal law as well. In so doing, the powers of the federal government to limit the liberty of such individuals are put fully on the side of a conglomerate of corporations which have illegally and unethically fixed labor prices for such athletic performances. Circumstances similar to these have been seen before in the history of the United States of America.

In the case Dred Scott v. Sanford which was decided by the US Supreme Court in 1857, three pertinent statements were made by the court:

In that ruling the Supreme Court put the powers of the federal government behind all the social structures of the 19th century which made persons with black and brown skin nothing more than livestock. Any historical review of dominant rhetoric of the day makes it plain that the Supreme Court’s justices were not acting as an outlier of popular opinion, but rather acquiescing to such. Even the 16th President of the United States Abraham Lincoln, often painted with a friendly brush by history’s re-telling as The Great Emancipator, saw those who had such shades of melanin in their skin as inherently inferior in a speech during a debate in 1858:

“I am not nor ever have been in favor of making voters or jurors of negroes, nor of qualifying them to hold office, nor to intermarry with white people.” As long as blacks lived in America with whites: “while they do remain together there must be the position of superior and inferior, and I as much as any other man am in favor of having the superior position assigned to the white race.”

Despite his holdings that caucasians were biologically superior, Lincoln was considered a radical by his contemporaries merely because he held the view that those of African descent should not be compelled into labor. The Supreme Court in 1857 acted to maintain the status quo as established by the populace at large, which insisted that not only were such individuals less-than-human, but whose station as slaves was just.

Fast forward the better part of two centuries and again a federal court has reinforced the dominant ideology of the society which empowers it to the detriment of individuals involved in the case. Outside of the obvious parallel that could be drawn between these two situations as the vast majority of athletes who perform in NCAA American football and men’s basketball possess skin of a black/brown color, there are similarities which supersede that characteristic.

At the heart of the issue of slavery was whether or not a human being could compel another to labor for her/him in exchange for none or very little compensation against the laborer’s will. Like on many campuses of NCAA-member institutions, 19th-century agrarian slaveholders often provided clothing, food and shelter for their laborers. The value that the labor of those individuals produced very often far outweighed the value of that board and room, however. The same situation is hotly debated regarding college athletics in the 21st century.

In theory, NCAA revenue-sport athletes are free to stop laboring for their institutions at any time. Thus far there have been no instances of athletes facing criminal charges for leaving the facilities or quitting their sports like how runaway slaves of agrarian businesses were subject to capture and return with physical punishments in the 19th century. That does not mean these athletic department laborers face no consequence for making such a decision, however. Deciding not to play their sports any longer currently means the forfeiture of their daily sustenance and living space. The NCAA, empowered by another federal court in Deppe v. NCAA has placed restrictions on the movement of athletes between its members, thus providing deterrent to athletes who wish to seek out a preferable situation for themselves and keep them confined to the quarters and station they were originally given.

Another important difference between the set of circumstances is again theoretical. In theory the modern-day sport-entertainment laborers are provided with a post-secondary degree by an accredited and adjoined institution of higher learning in exchange for their labor. Such cases as the University of North Carolina paper-class scandal and the isolated graduation rates of revenue-sport athletes call into question the legitimacy of that claim.

What NCAA bylaws have created is a caste system in which athletes are compensated well below not only their open market value given their talents and the demand for those services but far below a fair return on their efforts given the revenue their labor produces while its membership keeps most of those revenues for itself. Yet the NCAA is not the villain, but merely the vilified puppet on the strings.

The reality is that without the consent and empowerment of its membership, the NCAA ceases to exist. The bylaws which the federal government has given teeth to were agreed upon and drafted by the member institutions, not a select group of NCAA crime overlords in a dark alley. The truth is that if enough of the NCAA’s membership decided to defy the bylaws and compensate their athletes above and beyond the current “full cost of attendance” cap, there would be nothing the NCAA could do. The individual member institutions of the NCAA should not escape scrutiny for their part in creating this modern-day “plantation,” because they bear more guilt than the NCAA does.

Yet, the truly guilty party has still yet to be identified in this drama. The most-scathing condemnation is that if boosters who make donations to secure optimal seats at games, recurring men’s basketball season-ticket holders, alumni who descend upon their old collegiate stomping grounds for homecoming and fans who ensure that every part and parcel of their tailgating equipment is officially licensed with the appropriate logo actually want to see the people responsible for situations as that which Peter Deppe dealt with, they need only look into a mirror.

As long as the revenue keeps flowing, there is no incentive or motivation for the athletic departments or the NCAA to make any alterations to the current system. The public at large is currently not only condoning the current structure but ensuring the survival of this status quo with the power of the wallet. Individuals may bemoan coaches’ and athletic directors’ lucrative contract buyouts on social media or in conversation, but if in the next breath they tune in to ESPN’s GameDay, their words are moot in light of their actions which propel the money machine on.

If there is any doubt of the power of the wallet on these institutions, the recent firing of former Maryland head American football coach DJ Durkin acts as evidence for this potency. When donors threatened to pull their financial support of Terrapin athletics if Durkin was not terminated, the decision of the Board of Regents was reversed in less than a day. If a massive amount of boosters at similar institutions across the country threatened to withhold their donations unless changes were enacted to make the economic reality of NCAA revenue sports more equitable it’s fair to hypothesize that such significant change would likely come just as quickly.

Just as the Supreme Court in Dred Scott took its cues from a society that insisted upon the inferiority of African descendants, the NCAA and its member institutions today are profiting off a social narrative that still insists upon an economic pecking order along with clearly-defined class and racial divisions. Until that narrative changes, neither will the NCAA or its membership.

Permanent link to this article: https://advocacyforfairnessinsports.org/feature-stories/ncaa/why-are-we-still-treating-college-athletes-as-less-than-human/