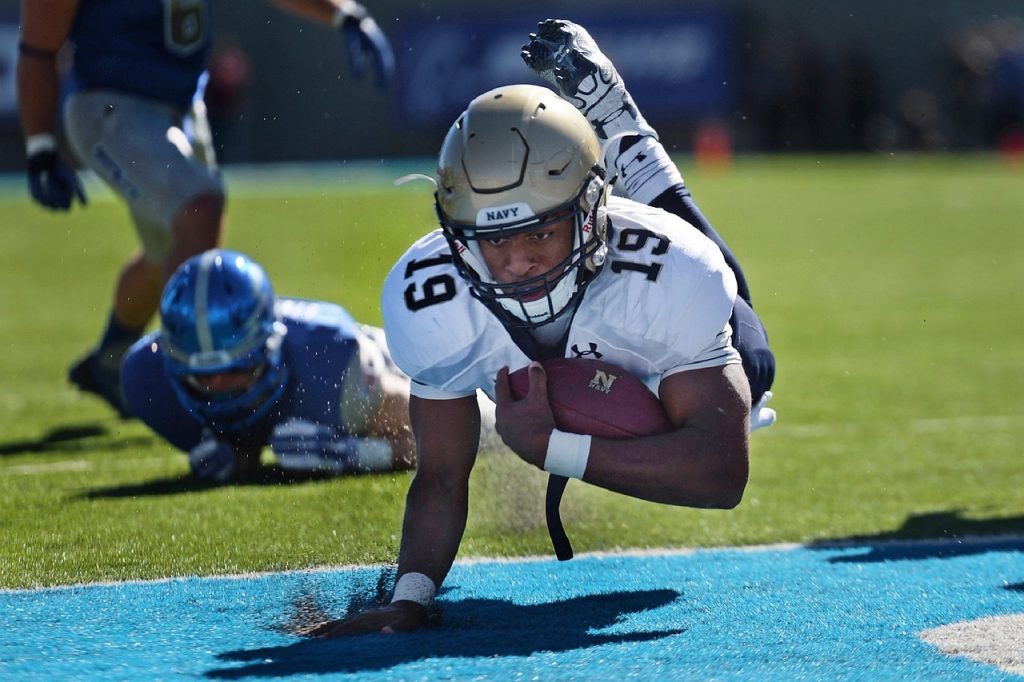 Quarterback Ken Stabler, also nicknamed “The Snake”, played in the NFL from 1968 to 1984. He was the 1974 NFL MVP and was selected as the NFL 1970s All-Decade Team. These accomplishments came with a price though, as he experienced multiple health conditions when he retired. The late Hall of Fame quarterback was diagnosed with chronic traumatic encephalopathy (CTE) seven months after his death in February 2016. While he had died because of complications related to colon cancer, family members reported that he exhibited classic signs of cognitive decline in his later years. He would repeat himself, get lost in familiar places, be sensitive to simple sounds, and have difficulties navigating intersections while driving.

Unfortunately, this is a familiar story with retired pro footballers who are experiencing the effects of a profession that exposed them to the constant risk of concussions, among other injuries. According to the NFLPA Executive Director DeMaurice Smith, the league’s injury rate is 100%. The glory and glamor of the NFL is built on the head trauma these athletes experience.

Delvin Williams, 68-year-old former Pro Bowler of the 49ers recently sued the NFL for disability benefits. Throughout his career, Williams suffered two concussions, broken ribs, a dislocated thumb, knee and spinal injuries, and other joint and vertebrae injuries. He sued the NFL for retroactive benefits and lost. Williams is only the latest in a string of former players who are suing the NFL after sustaining life-altering injuries during their time with the league. The concussions settlement alone has reached $668 million in payouts.

Recent reports show that the NFL greatly underestimated the number of former players who suffer from concussion-related injuries like ALS, Parkinson’s disease, or who have died with CTE claims. If all the currently approved claims were paid, the NFL would have used up its 65-year budget in 2.5 years. This shows the scale of the problem.

The NFL is also under fire with large insurance companies seeking to discover if the league hid knowledge on the long-term risks of head injuries. The Indianapolis Colts were recently issued a subpoena for records due to a lawsuit against the NFL by more than 25 insurance companies. The team has managed to delay releasing the records so far, and will be hoping to settle the issue as quickly as possible in order to concentrate on their upcoming season. bwin NFL writer Tony Kelshaw’s Super Bowl predictions detail that after a strong finish to last season that got them to the playoffs, the Colts are one of the favorites to reach the 2020 centerpiece.   The Colts are far from alone in receiving subpoenas from the NFL’s insurers who are intent on learning what the league knew about brain injury and when. Despite having to gear up for the next season, the Colts and other teams are now being questioned by legal bodies regarding their knowledge on the long-term effects of head trauma on their players.  So far, the teams have managed to avoid compliance with the subpoenas in their home courts but that could change when New York Supreme Court Justice Andrea Masley issues a decision, that would likely bring all teams under her jurisdiction. The legal battle is getting tougher and tougher for the league and will likely be a dark undercurrent to the 100th NFL season.

In a bid to fight off accusations, the NFL will lean on controversial if not dubious research that has recently cropped up regarding the long-term effects of head injuries. Brian Ducan had experienced multiple concussions, but suffers no cognitive damage at age 67. Despite multiple surgeries on his back and knees, his mind has remained sharp. He’s part of research that asserts that the number of concussions sustained by an NFL player and the number of years playing have no relationship with how well they performed on a number of cognitive tests.

The research has received numerous criticisms from other experts in the field, with many disagreeing with the method they used.   A mathematical analysis, recently published in Neurology has pointed out, however, that the affected NFL population appears to be a minimum of 10 percent with a strong likelihood of 20 to 30 percent of professional players impacted.   It should come at no surprise then that many players, thankfully, will not experience the type of neurocognitive degeneration that devastates the large numbers it does touch. Dismissing this seems akin to denying a smoking link to lung cancer because not all smokers are afflicted.  With the debate on the long-term effects and damage of concussions so contentious, the research supporting it is a crucial battleground in the compensation of former players. The battle goes on to show how life after the NFL is hugely affected by the concussions and sub-concussive impacts players suffer.

Jessa Teichmann is a writer who specializes in the U.S. sports industry. Her primary focus is sports injuries and recovery. She hopes that her articles can help her readers better understand the physical and mental toll playing sports can have on an athlete. In her free time she loves to exercise outdoors.

Permanent link to this article: https://advocacyforfairnessinsports.org/feature-stories/nfl/6702-2-dark-cloud/

NFL A Case For Josh Gordon, The Man A few more reasons Players should say no to the NFL’s CBA Deflategate lessons unlearned: Player discipline under new CBA largely unchanged Facts are Facts. Math is Math. Fans Needed! From the Wife of a Disabled NFL Player Mercury Morris: The Owners don’t want to pay benefits! NFL Owners Demand 17 Games Yet Sack Disability NFL Player Accuses Union Leaders of Bad Faith C.B.A. Negotiation NFL Players Forfeit Important Legal Rights in New CBA Open Letter to NFLPA from Ivan F. Soto, Executive Director AFLPU PAST DUE Russell Okung Continues to Fight the Good Fight The 1985 Chicago Bears: A Legacy of Glory and of Pain The Blitz Special Edition-NFL/NFLPA CBA Development Tracker The Conversation Robert Kraft Should Be Having With Gronk The NFL’s Proposed CBA – #JustSayNo The Proposed NFL CBA is a 456-Page Legal Defense Strategy Unpacking Roger Goodell’s Statement on the Death of George Floyd What’s Next in the Face-Off Between Kaepernick and the NFL? When People Show Who They Are, Believe Them. The COVID-19 Effect When the Victim Becomes the Accused: The Kamrin Moore Story Who Hid the NFL Disability Doctors? Kelechi Osemele’s Saga Reminds Us of NFL’s Toxic Culture Perspective: The NFL Doesn’t Need Headhunters CTE Risk More Than Doubles after Just Three Years of Playing Football When CTE Steals Your Dad: Garrett Remembers Mike Webster Two Stanford Alumni. Two Very Different NFLs for Andrew Luck and Amon Gordon Andrew Luck’s retirement, and pain he endured, hit close to home for former Charger Brain Injury Casts a Dark Cloud Over NFL’s 100th Season New Report Projects Minimum 10% of NFL Players will Develop CTE AAF Brings Back Fond Memories of USFL Tamarick Vanover chronicles classic story of disposable NFL players Transitioning From Sideline to Boardroom The story of Bill Cesare demonstrates how little the NFL and NFLPA do to take care of former players The Birth of an NFL Career The Story of an NFL Wife – a Conversation with Cyndy Feasel Why does the NFLPA Want to Stop Leaping Field Goal Blocks? Half-Time in the CBA – A conversation with Ben Leber Report Released By Cyrus Mehri Details Anti-Labor Stance Within NFLPA In Search of Mike Neal Cyrus Mehri’s Candidacy Reveals New NFLPA Constitution and Fresh Vision for Players’ Union How the NFLPA may have fumbled player safety