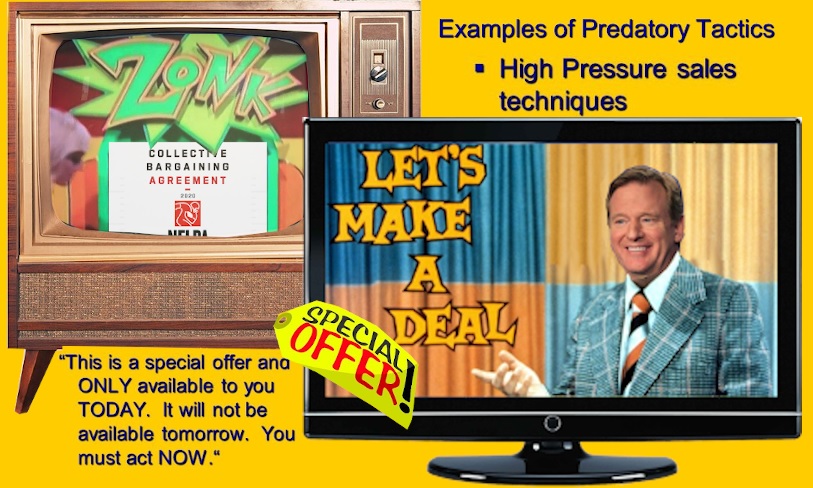 This week NFL Players are faced with the daunting and unenviable task of accepting or rejecting a new 10-year CBA and electing a new president.  Thus far the only player to announce a run at the presidency is former Chargers left tackle Russell Okung who was traded to the Carolina Panthers this week.

Okung is an extremely smart, well-informed, reform-oriented player who staunchly opposes the proposed CBA that owners seem almost desperate to shove down players’ throats.  In a New York Times article, Ken Belson relates that Okung is ready to “disrupt the NFL establishment,” and this is precisely what needs to happen if players are ever going to be seen as a partner instead of a product that views them as wind-up toys for the owners’ profit and pleasure.

Pre-1993 retired players have always gotten the short end of the stick and found themselves at the bottom of the NFL’s Class Warfare caste system when it comes to pensions and other benefits.  FAIR, an organization formed and dedicated to seeing the leagues’ founding players elevated above their poverty level pensions has done some notable lobbying to bring pensions up to par for the men who laid the foundation of the game that younger players have built upon and profited from.  When the initial CBA summary sheet came out, it appeared they’d finally prevailed.

There was much celebration among the older tier of alumni when news broke but unfortunately, I figured there would be strings attached and said as much in a newsletter to retirees.  It didn’t take long to find out that my assessment was correct.

The February 27, summary sheet was the first indication of the disability cuts described above, pitting the pre-93 players against the disabled debating who was most deserving.  As it turned out, this was merely the tip of the iceberg.  It appeared the NFL’s plan was to take from the disabled to pay the elderly instead of opening their own pockets.  Then after the actual CBA was released on Wednesday, Section 3 was revealed for the first time.

Paul Scott was the director of the Disability Plan for several years.  He finally saw enough of the NFL and NFLPA’s unfairness and now uses his knowledge to pursue a course of player advocacy.  Because of his background, he is uniquely qualified to interpret the language and he translated the legalese on Twitter.

One of the biggest benefit improvements for Former Players is the increase in benefit credits for pre-2012 Players…until you realize that Legacy and Special Credits they’re already receiving are included in the $550🙄 pic.twitter.com/Nu1BkevQ0e

So, the bottom line is the guys who’ve always been at the bottom of the ladder will remain there and maybe get a small raise if any, since other credits they may receive will be deducted just as Social Security checks will be deducted from the disabled, with the money squeezed into the owners’ pockets at the expense of both player groups.

It appears the only players set to benefit are the guys who didn’t make it to 4 years and vest who will now get a token sum.  Sadly, there’s a catch to the vesting benefit also which Scott caught.

It looks like the reduction of Vesting Requirements in the Retirement Plan from 4 CS to 3 CS will not apply to any other article under the CBA, including disability. Pre-1993 Disabled Players with only 3 Credited Seasons will keep getting screwed! pic.twitter.com/WC6R6GU9Pt

It seems the warm fuzzies of the initial news didn’t last long and has now turned to panic for some of the disabled who depend on their checks to pay exorbitant insurance premiums and/or paying for specialists out of pocket since many will not take Medicare or private insurance.   Meanwhile, as the interpretation of the fine print regarding pensions begins to make its way through the retired community, the pre-93 guys who struggle to pay for a 1-bedroom apartment and often can’t afford to furnish it will realize they’ve been screwed again 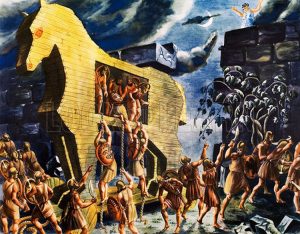 There’s a saying from ancient mythology, “Beware Greeks bearing gifts.”  That reference, of course, was to the famous Trojan horse in which a supposed Greek defector offered the people of Troy a large, magnificent wooden horse.  Little did the Trojans realize that Greek soldiers were hiding inside the belly of the horse and at nightfall as the city’s people slept the soldiers exited their hiding place and unlocked the city gate allowing the full force of the Greek army to enter and destroy the city and most of its inhabitants.  This comes to mind when I read Section 4.

With the rising cost of health care and no guarantees that private insurers will handle claimants with preexisting conditions if ACA is eliminated and a Medicare For All candidate isn’t elected this looks like an incredible gift—and for some, it may be the only way to have access to healthcare, but players should be aware that there are likely strings attached.

Here’s the remainder of Section 4. 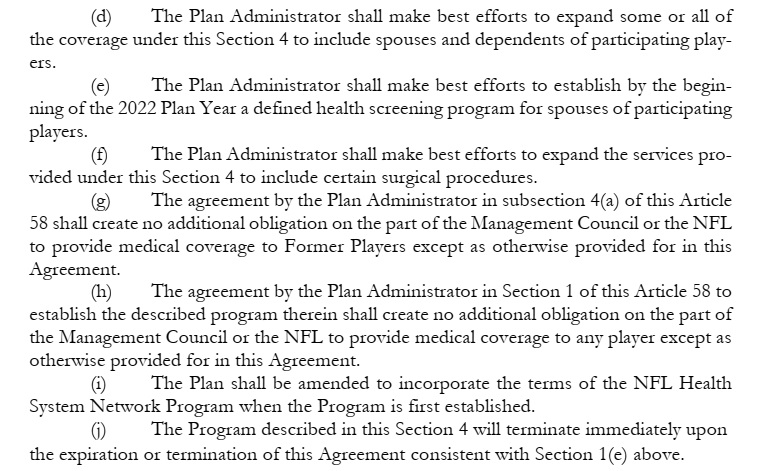 If you read carefully, you’ll note that one important detail is missing.  There is no mention of a very important little-big word, and that is DATA.  It seems data drives most everything from algorithms to learn our spending habits and control the ads we see online to how much we pay for car insurance. So much for privacy, but when you think about it, when it comes to privacy there’s really nothing more private than a person’s medical records.

My guess is that one or more of the following uses is part of the NFL’s plan for being on the receiving end of this large gift.

This part is speculation, of course, but it’s based on observations and a belief the NFL owners don’t give anything away without some strings attached I feel certain that one or more of these issues will eventually surface.  A leopard never changes its spots and the way this CBA has been written is for all practical purposes a defense against litigation.

There are many reasons, players should beware of accepting this CBA that the NFL is so anxious to have them sign off on.  If they do accept what’s behind the curtain it will turn out to be a “zonk” in the worst kind of way in that players will be signing away a lot more than they probably realize.

It’s deeply concerning that the owners and league-friendly media have turned this into a battle of player versus player instead of focusing united energy on the true adversary.  Some seek to have younger, lesser=paid players believe that older players don’t care about the raises being dangled but as Andrew Brandt pointed out, many of them will be very disappointed when forced to sign split contracts that will negate the increase.  For the most part, I think the veteran players who oppose this deal have been around long enough to see who the NFL really is, and realize it’s their last chance to set things right for all.  I only hope that enough information reaches voting players so that they can make truly informed, mature choices in a matter that will affect more than 20,000 people including themselves and their families. #KnowYourWorth.

Permanent link to this article: https://advocacyforfairnessinsports.org/feature-stories/nfl/a-few-more-reasons-players-should-say-no-to-the-nfls-cba/