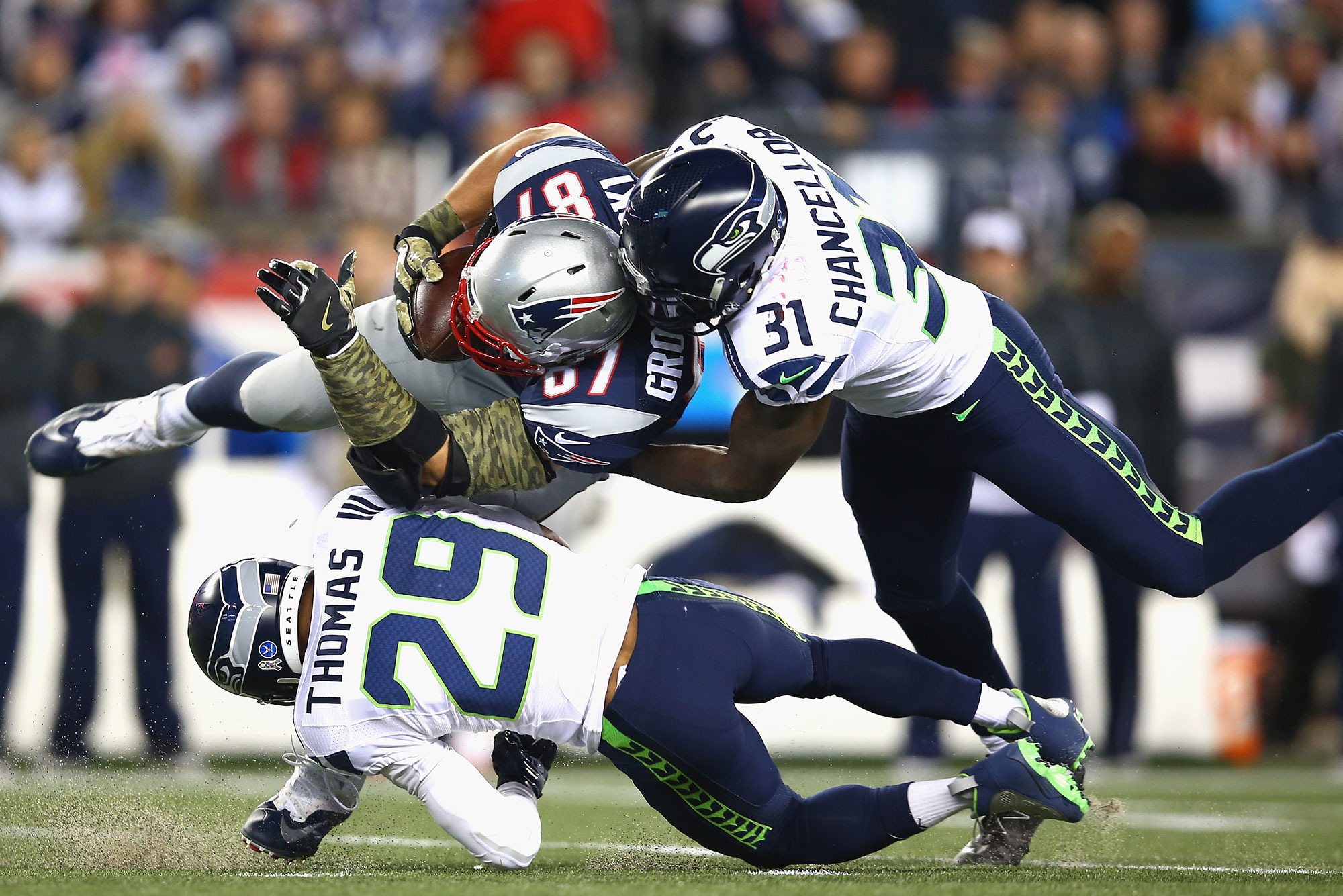 This article originally appeared in The Brink on October 7, 2019, and is reposted with permission of Boston University

In a critical distinction between many previous CTE studies, the analysis included dozens of brains of former football players who did not have CTE. That sizable control group provided enough data for the researchers to be confident in their discovery that there is a strong relationship between CTE risk and the number of years a person plays football.

“This study is a testament to the hundreds of families who have donated their loved one’s brain…. It is only because of this support that we can confidently estimate the strength of the relationship between duration of [football] play and risk of CTE,” says the study’s corresponding author Ann McKee, chief of neuropathology at VA Boston Healthcare System and director of the BU CTE Center.

The large number of brain donations has provided the researchers with a big enough sample size (the CTE Center has amassed about 700 brains in total), that they can draw statistically relevant conclusions from their analyses.

“While we don’t yet know the absolute risk of developing CTE among American football players, we now can quantify that each year of play increases the odds of developing CTE by 30 percent,” says lead author Jesse Mez, director of BU’s Alzheimer’s Disease Center’s Clinical Core and a researcher at the BU CTE Center. “We hope that these findings will guide players, family members, and physicians in making informed decisions regarding play.” 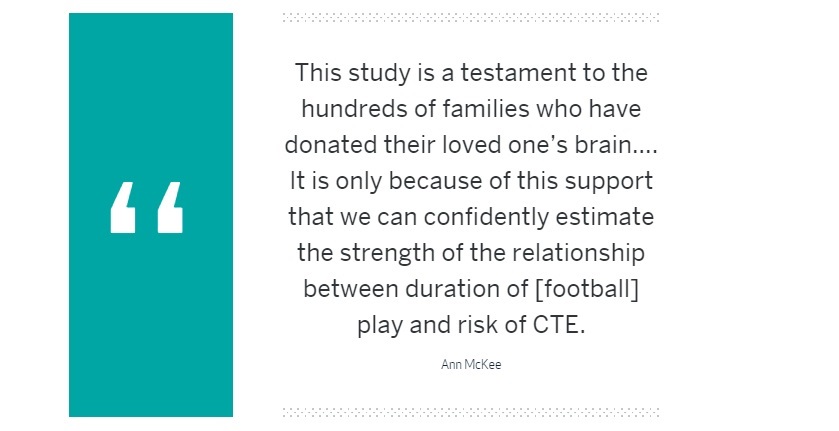 As part of their analysis, the researchers also looked at other potential variables, including the total number of concussions, football positions played, a person’s age at first exposure to tackle football, their participation in other contact sports, their race, and the presence of other diseases, to see whether those factors had any influence on a person’s CTE risk or, if they were diagnosed with CTE, the severity of their CTE symptoms. They found no associations between these other variables and CTE risk or severity.

But the researchers did find that among players with a CTE diagnosis, their odds of developing severe symptoms of the disease doubled for every additional 5.3 years of football played. Those who played tackle football fewer than 4.5 years were 10 times less likely to develop CTE than those who played longer, although several men who played four years or fewer were diagnosed with CTE, including three whose only contact sport was football. Those who sustained the longest careers, playing more than 14.5 years, were 10 times more likely to develop CTE than those who played fewer. But the researchers noted that several players with football careers longer than 15 years did not have evidence of CTE.

The average length of players’ careers in the National Football League is 3.3 years. But the premature and sudden retirements of a number of stars in the league, including Indianapolis Colts quarterback Andrew Luck, Detroit Lions receiver Calvin Johnson, and New England Patriots tight end Rob Gronkowski, have put renewed attention on the toll the game takes on players’ bodies.

The BU team drew their findings from analyzing the brains of 223 football players with CTE, and 43 without, from the brain banks at the Veterans Affairs-Boston University-Concussion Legacy Foundation and the Framingham Heart Study, both of which are directed by McKee. Family members of the deceased provided information about the amount of time that the brain donors spent playing football or other contact sports while they were alive. For former professional players, an online database also was consulted. All of the brains underwent a complete neuropathological evaluation—the researchers were not made aware of the clinical history of any of the donors before examination—and CTE diagnoses were made using well-established criteria.

A major concern of doing CTE research utilizing brain banks is that brain donors—who may pledge their brain tissue based on neurological symptoms they’ve experienced during life—may not be representative of the general population. These factors may bias the relationships being investigated by researchers. But McKee, Mez, and their collaborators show in this latest study that the strength of the relationship between CTE and years of football played remained consistent even after they factored in these potentially biasing factors.

Although CTE currently can only be diagnosed after death, Mez says, “These findings move us closer to diagnosing CTE in life, which is critical for testing potential therapies and for guiding clinical care.”

Permanent link to this article: https://advocacyforfairnessinsports.org/feature-stories/nfl/cte-risk-more-than-doubles-after-just-three-years-of-playing-football/