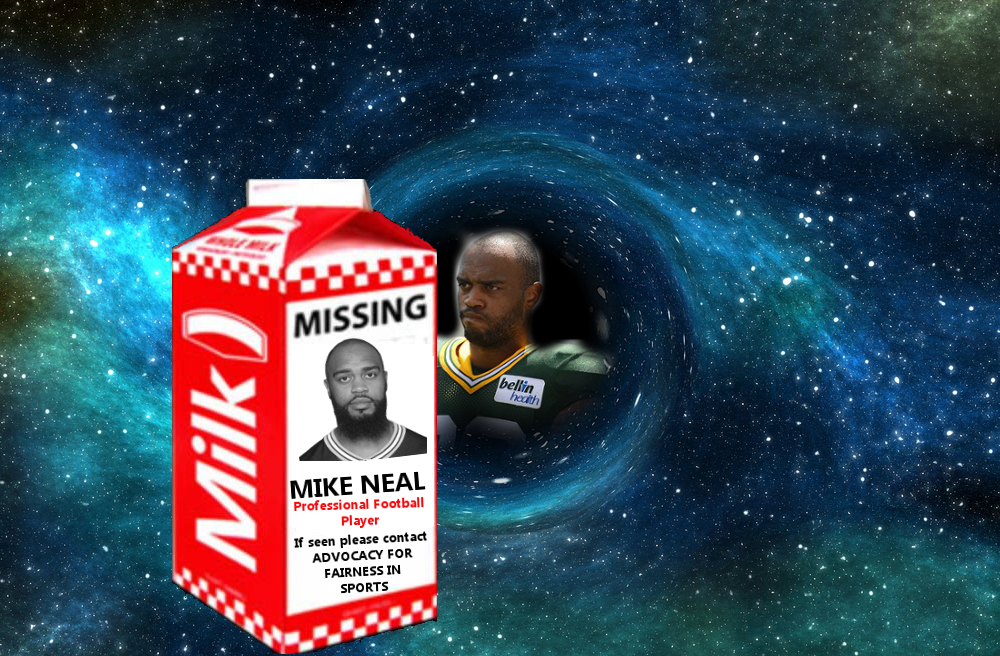 To briefly recap: Charlie Sly, a former employee of the Guyer Institute of Molecular Medicine in Indianapolis, IN, was filmed on hidden camera stating that while working at the Institute, he had shipped the illicit “medications” to a number of prominent athletes. While it was determined that Manning’s wife did receive a shipment of HGH, other allegations seem a stretch, with Sly, the only source used in the production of the documentary, recanting his statements prior to the film’s release.  According to his attorney:

“It was pure puffery.  He was manufacturing a story to bolster his own appearance.”

For a time it appeared the matter would slide quietly away; the league announced in late June that it planned to interview the players, but not a lot of noise was made.  Perhaps the NFL was waiting to see what would happen in their highest profile case – Deflategate.  As you recall, just prior to the 2015 season, District Judge Richard Berman had overturned Roger Goodell’s collectively bargained “arbitration” ruling in which he’d imposed a four-game suspension on New England Patriots quarterback Tom Brady for allegedly letting a bit of air out of some footballs.  In view of Goodell’s dismissal of science and sworn testimony from Brady, Berman opined that Goodell had imposed “his own brand of industrial justice,” and overturned the league’s suspension allowing Brady to play all of last season.

The NFL appealed and on April 25, the Second Circuit Court of Appeals reversed Berman’s decision through a strict interpretation of the CBA.  Brady and the NFLPA requested an en banc or full panel hearing in hopes of reversing that opinion, but it was a long shot and the court denied rehearing on July 13.  Apparently this was what Commissioner Goodell had been waiting for, because he quickly began to pursue the “investigation” with a vengeance.

Peyton Manning, who is now retired, had nothing to loose by talking with Goodell so he met with the commissioner in order to put the messy spectacle behind him.  On July 25, the NFL made an announcement:

“Following a comprehensive seven-month investigation into allegations made in a documentary by Al-Jazeera America, the NFL found no credible evidence that Peyton Manning was provided with or used HGH or other substances prohibited by the league’s policy on performance-enhancing substances.”

Manning’s “full cooperation” had for all practical purposes, thrown Matthews, Peppers, Harrison, and Neal under the bus.  In spite of “no credible evidence” against Manning, who had been most aggressively implicated, Goodell demanded “full cooperation” from the “Al Jazeera 4.”  Attempting to preserve or attain some fragment of fairness within the CBA, the active players were urged by the players’ association to refuse to interview; instead all players submitted affidavits of their innocence.

The emboldened commissioner countered.  Instead of continuing to pursue a PED investigation, in which a first offense is dealt a 4 game suspension under the NFL Policy on Performance Enhancing Substances, and afforded neutral arbitration, Goodell upped the ante threatening discipline under the court-upheld authority of Article 46 as it relates to the NFL Personal Conduct Policy. In this respect, his power is virtually limitless.

The players staunchly resisted and refused to meet with Goodell, with the exception of James Harrison who said that he’d meet with the commissioner if, and only if, the meeting was televised and took place in his home.

Then on August 4, the Eighth Circuit dealt the players another courtroom blow in the Adrian Peterson appeal.  The higher court again reversed a district court ruling, further affirming the commissioner’s colossal power.  Goodell decided to use it; issuing an ultimatum: submit to an “interview” or face an indefinite suspension until such “interview” is conducted.  For all practical purposes, unless the players acquiesced, their careers were finished.

By August 18, the resistance was all but over.  The preseason was underway.  Peppers, Matthews and Harrison, who were all signed players could not afford to hold out any longer; they submitted to Goodell’s interrogation.  Neal, the sole free agent was left in a bind.  Should he continue to hold out and then appeal the suspension, eventually allowing the courts to decide?  The prospects didn’t look good with the April and August decisions setting precedent.

Good news came the next day for the baseball players who’d been implicated.  They’d both been cleared.  Perhaps this was a positive omen.  Neal realized that he’d stand little to no chance of being signed by any team with an indefinite suspension looming, so at last he agreed to meet with Goodell.

Most analysts expected a quick exoneration.  Pro Football Talk’s Mike Florio summed up what seemed to be the general consensus, that the league’s “investigations are more about sending messages and flexing muscles than ferreting out the truth.”

It appears Florio was correct. On August 31, the league announced that Matthews, Peppers, and Harrison were cleared.  Conspicuously Mike Neal’s name was omitted from the announcement.  A short time later the league confirmed that his “investigation” was still ongoing.

Fast forward to the present.  The NFL is entering the final week of regular season.  What has become of Mike Neal?

About a week ago I became convinced that I must have somehow missed the headline, so I started Googling every combination of search terms I could construct to learn the outcome of Goodell’s investigation.  Nothing.

I then sent inquiries to both the NFL and NFLPA requesting information.  No response.

“Just listen to those crickets,” as Washington Post writer Sally Jenkins might say.  It would seem reasonable to believe that since all other athletes implicated in the Al Jazeera documentary were declared innocent of wrong doing that Neal should be as well.  If by some chance he was deemed guilty (which according to the league’s PED policy would require a positive test for a banned substance) then why not test, announce the result, and impose the collectively bargained suspension?

The longer I waited for a response, the louder those crickets chirped.  I managed to track down Neal’s agent, but he too remained silent. (Although I can’t really say that I blame him at this stage of the game.)

I decided to try some back channels.  An anonymous source with knowledge of the situation informed me that Mike Neal has been interviewed twice; the last time on November 10.  At both interviews he was “represented” by NFLPA counsel, Heather McPhee. (My source used quotation marks around the word “represented,” so I’ll leave it to the reader to derive the intent.)  I was also told that no final disposition has been made.

Unattached to a team and lost in the twenty-four hour news cycle, it seems that Neal has indeed been cast into a black hole that has separated him from any chance at employment in the NFL for an entire season!  Given the known facts, one must logically ask, “why?”

The only reasonable hypothesis that I can produce: because Roger Goodell deemed it so.  Unwilling to risk another high-profile PR hit as delivered by Deflategate, an unsigned player has quietly been made example of in order to send a message to other players who might contemplate defying the mighty commissioner.

Perhaps if we pass the “milk carton” around enough, and the league realizes as it did in Deflategate 2.0, that people are watching, the prisoner will be released from the abysmal void.  What say you Mr. Goodell?  Where is Mike Neal?

UPDATE: I later learned that Mike Neal was suspended shortly after the November hearing, but the suspension doesn’t show up in player suspensions track by the stats site spotrac nor the Wikipedia list of NFL player suspensions.  It does indeed appear that Neal was launched into a permanent black hole, so the question remains.

NFL A few more reasons Players should say no to the NFL’s CBA Deflategate lessons unlearned: Player discipline under new CBA largely unchanged Facts are Facts. Math is Math. Fans Needed! From the Wife of a Disabled NFL Player Mercury Morris: The Owners don’t want to pay benefits! NFL Owners Demand 17 Games Yet Sack Disability NFL Player Accuses Union Leaders of Bad Faith C.B.A. Negotiation NFL Players Forfeit Important Legal Rights in New CBA Open Letter to NFLPA from Ivan F. Soto, Executive Director AFLPU PAST DUE Russell Okung Continues to Fight the Good Fight The 1985 Chicago Bears: A Legacy of Glory and of Pain The Blitz Special Edition-NFL/NFLPA CBA Development Tracker The Conversation Robert Kraft Should Be Having With Gronk The NFL’s Proposed CBA – #JustSayNo The Proposed NFL CBA is a 456-Page Legal Defense Strategy Unpacking Roger Goodell’s Statement on the Death of George Floyd What’s Next in the Face-Off Between Kaepernick and the NFL? When People Show Who They Are, Believe Them. The COVID-19 Effect When the Victim Becomes the Accused: The Kamrin Moore Story Who Hid the NFL Disability Doctors? Kelechi Osemele’s Saga Reminds Us of NFL’s Toxic Culture Perspective: The NFL Doesn’t Need Headhunters CTE Risk More Than Doubles after Just Three Years of Playing Football When CTE Steals Your Dad: Garrett Remembers Mike Webster Two Stanford Alumni. Two Very Different NFLs for Andrew Luck and Amon Gordon Andrew Luck’s retirement, and pain he endured, hit close to home for former Charger Brain Injury Casts a Dark Cloud Over NFL’s 100th Season New Report Projects Minimum 10% of NFL Players will Develop CTE AAF Brings Back Fond Memories of USFL Tamarick Vanover chronicles classic story of disposable NFL players Transitioning From Sideline to Boardroom The story of Bill Cesare demonstrates how little the NFL and NFLPA do to take care of former players The Birth of an NFL Career The Story of an NFL Wife – a Conversation with Cyndy Feasel Why does the NFLPA Want to Stop Leaping Field Goal Blocks? Half-Time in the CBA – A conversation with Ben Leber Report Released By Cyrus Mehri Details Anti-Labor Stance Within NFLPA In Search of Mike Neal Cyrus Mehri’s Candidacy Reveals New NFLPA Constitution and Fresh Vision for Players’ Union How the NFLPA may have fumbled player safety