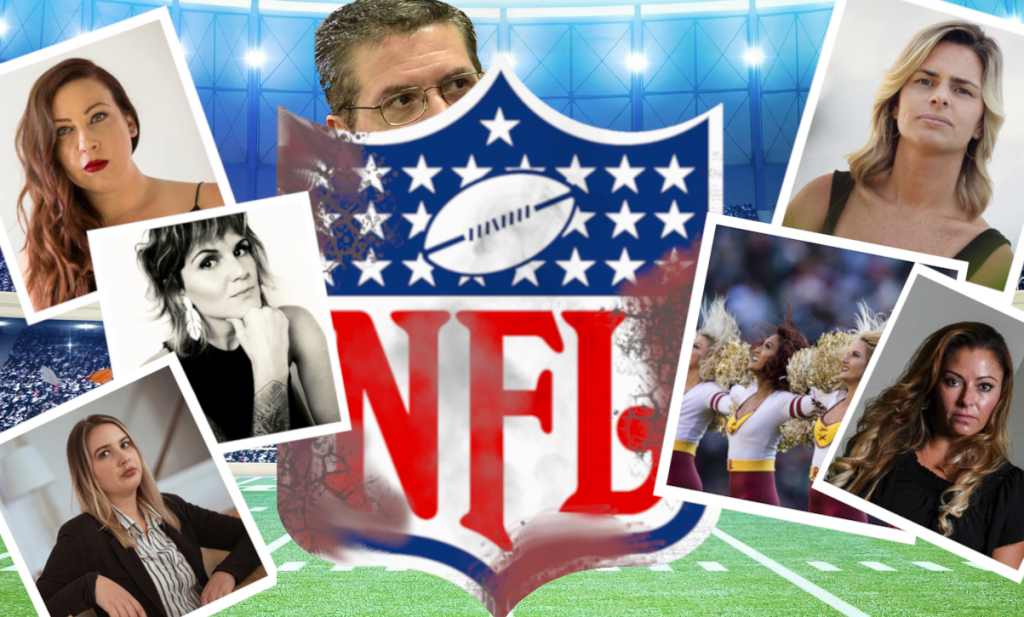 As a Congressional inquiry into the workplace culture of the Washington Commanders NFL franchise continues, more information is coming out about the abuse and harassment women endured on the job under the franchise’s current regime. The Real Sports Podcast is one such avenue that victims have used to share their horrific stories.

The latest episode of the podcast features testimonies of multiple women, some of whom are sharing their stories for the first time. It’s a glimpse into what Washington Commanders owner Daniel Snyder prefers to keep hidden.

Among accounts from the brave women is an employee who recounts a player exposing himself to multiple women, laughing, and suffering no repercussions from his disgusting and illegal behavior.

Another story speaks to an employee being groped in Snyder’s box during a game while Snyder was watching. Yet another says that she was told she “wasn’t a team player” because she wouldn’t give out sexual favors.

Tiffani Mattingly Johnston is one of the women speaking her truth for the first time in the podcast. She claims Snyder verbally abused employees in her presence. She also says that Snyder placed his hand on her leg during a team dinner without her consent.

Johnston’s story of that evening continues with Snyder putting his arm around her, again without consent, and pushing her towards his limo while telling her to get into the limo so he can take her back to his car.

While Johnston’s story is sadly just one of many of its kind, we’ll likely never know the full extent of the malice of Snyder and others that could still be happening. That’s because of a culture of silence and protection for abusers rather than victims.

While Snyder protected abusers like himself, he hasn’t been alone in that regard. NFL Commissioner Roger Goodell has defended keeping the results of an internal investigation by the league into the Commanders private, saying not all witnesses wanted their stories to be shared publicly.

Guests on the podcast dispute that claim, however. They say eyewitnesses and victims want their stories made public. However, true to form, the NFL is doing everything it can to keep the information under wraps.

In fact, the NFL has put Snyder himself in charge of whether any information that might put him in a negative light will be part of any public releases.

This comes mere days after the team’s public rebrand, during which Snyder appeared front and center despite a pledge to “step back” from the day-to-day operations of the franchise. The NFL did fine the franchise $10 million, which is equivalent to about two-tenths of a percent of its latest Forbes valuation.

It’s extremely unlikely that the full details of the NFL’s report will ever be public and given the NFL’s protection of Snyder, the quality of the league’s investigation is questionable. The most reliable source of information on this issue is the accounts of the women who endured the abuse and this episode of the Real Sports Podcast is one place to find that.

Permanent link to this article: https://advocacyforfairnessinsports.org/feature-stories/nfl/real-sports-podcast-lays-bare-how-washington-commanders-staff-terrorized-women-on-the-job/