Permanent link to this article: https://advocacyforfairnessinsports.org/feature-stories/olympics/

USA Taekwondo argued “that they owed no duty of care to prevent Gitelman’s sexual abuse” of young female athletes and acted only after he was criminally convicted. An appeals court disagreed.

A California jury has ruled in favor of USA Swimming in a lawsuit brought by a swimmer who had alleged sexual abuse by a coach of a local swim club.,,“There is too much malarkey in here for me to fully digest and intelligently respond,” [plaintiffs counsel] told Sports Litigation Alert. “This ultra conservative jury in a ‘red’ venue located in California’s central valley declined to hold the national organization responsible for the molestation of my client for two reasons alone…”

Olympic Sexual Abuse: When is Enough Going to be Enough?

This year alone has seen a 55% increase in reports of sex abuse and other misconduct than last year. That amounts to an average of 239 reports a month… Analysts predict that the number of reports could cap off at 667 per month or 8,000 per year. 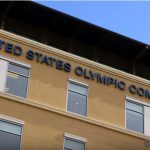