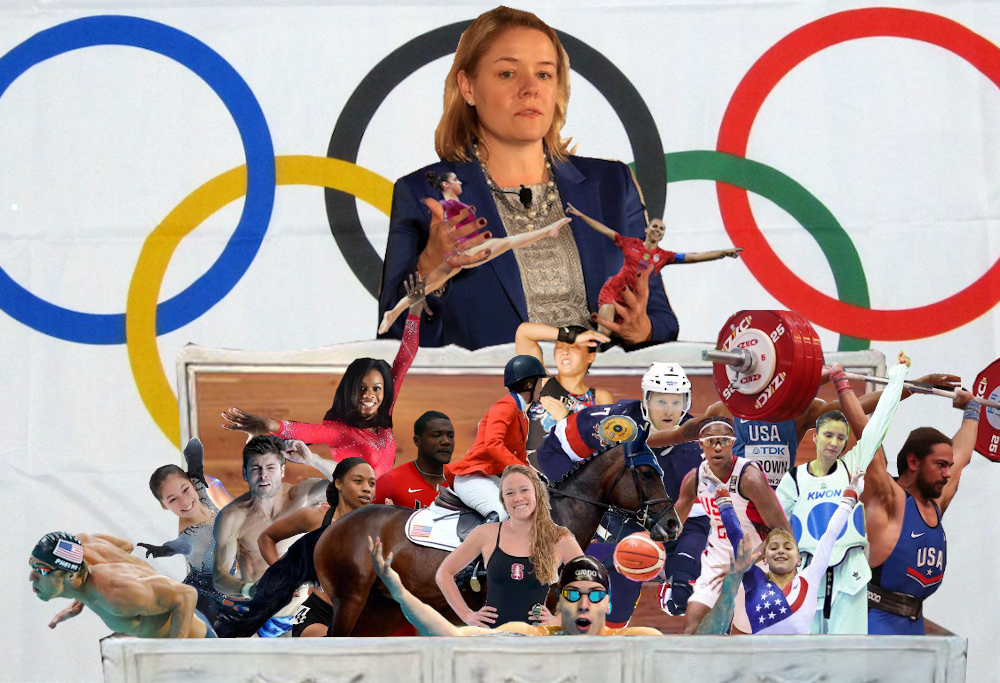 On July 3 of this year, the US Olympic and Paralympic Committee released its 990, seemingly hoping to bury it in the long holiday. The reasons for that hope become clear with an inspection of the document.

Following the money shows exactly where the USOC’s priorities lie

The most egregious item in the budget was a $2.4 million severance for Scott Blackmum, Hirshland’s predecessor. Blackmum’s eight years were not only marred by the Nasser scandal but the circumstances of his resignation in February of 2018 were suspicious as well.

The official word out of the USOC was that Blackmum was stepping aside due to health concerns. That story was changed later in the year, however, to the USOC needing new leadership. While that point is certain, if that’s the case, then why was Blackmum not only allowed to resign but given a severance package that could run the Athletes Advisory Council for 14 years?

Some other facts about Blackmum’s severance:

The USOPC made this decision despite the fact that over 150 Olympians and Paralympians have expressed negative opinions about it. Blackmum’s severance wasn’t the sum total of the financial windfalls for outgoing staff, however.

The USOC’s former head of marketing, Lisa Baird, left with a $400,000 bonus and $300,000 severance. The former communications head, Patrick Sandusky, received half a million dollars in severance pay.

Suzanne Lyons, the chair of the USOC board, makes $100,000 a month. All those funds are paid out to a chosen few while 80% of athletes live below the poverty line, have health insurance that doesn’t meet government-mandated minimums and budget measures for their inclusion in governance were far less lucrative.

Members of the AAC do not get paid for their work for the USOC. They do get reimbursed for some expenses, but the budget for all 55 members of the AAC was only $170,000 for the year. While the designation of the USOC budget clearly expresses its priority isn’t the athletes, finances are just one way in which athletes are excluded.

One example of how the USOC continues to exclude athletes is the appointment of Rich Bender and Steve Mesler to the USOC Board of Governors. Both appointments were made without any input from the AAC. Bender is a former colleague of Blackmum’s and has himself been accused of not only assaulting an athlete but doing so in a retaliatory way after that athlete spoke out publicly against the USOC. Mesler was re-appointed for four more years despite athlete objections.

While Bender and Mesler refute allegations against them and have thus far been protected by the rest of the USOC’s leadership, that same support hasn’t been lent to athletes.

The USOC has refused its support to the US Women’s National Teams in hockey, rugby and soccer in their lawsuits against their NGBs for wage discrimination, opting rather to fund those NGB’s legal fights against the athletes. In two disputes with the USA Table Tennis Association and USA Track and Field associations this year, the USOC has chosen not to support athletes’ grievances as well. The board formed a committee to designate the Olympic rings, one of the most lucrative trademarks available that athletes aren’t able to use for their own fundraising, to colleges and universities without any athlete input despite the fact that the federal Ted Stevens Olympic and Amateur Sports Act requires 20% of board and committee members to be athletes.

While most of the individual NGBs meet that threshold in athlete representation on their boards of directors, a large number do so by using former athletes as opposed to current athletes and on only two of those boards do current or former athletes outnumber non-athletes. While never having been an Olympic athlete in and of itself shouldn’t automatically disqualify someone from serving on such a board, it’s still a bad optic for organizations that need to show they are trying to increase athlete safeguards.

Perhaps the greatest way in which the USOC has excluded athletes over the past year, however, is by simply ignoring their suggestions for how the situation that allowed Nassar to molest hundreds of children over decades can be avoided.

Team Integrity, a coalition of athletes across multiple sports, made recommendations to the board for changes that could increase accountability and athletes’ influence over their own sports. Instead of looking for ways to implement the suggestions, Hirshland and the board have only accused the group of making false accusations and called upon other athletes to silence the group.

The USOC’s lack of accountability to athletes and others

That lack of accountability extends further than the athletes, however. So far the USOC has refused to accept accountability for what has happened with NGBs like USA Gymnastics before Congress as well. Several members of the USOC made statements to the effect of not having the authority to regulate NGBs despite the fact the Stevens Act expressly gives the USOC that power.

Because the new leadership at the USOC has mostly perpetuated the status quo, athletes have resorted to calling upon Congress to do what is so far has shied away from, taking a more active role in managing Olympic governance. Hirshland and the board have resisted that so far, stating they believe they can reform the USOC without Congressional intervention.

Almost a year into Hirshland’s tenure, that doesn’t seem to be the case. Athletes are still being excluded from governing their own sports, ignored and retaliated upon when they share their experiences and opinions along with kept from sharing in the profits they create. Nassar may be in prison, but the circumstances that allowed him to devastate lives are still in place.

Permanent link to this article: https://advocacyforfairnessinsports.org/feature-stories/olympics/almost-a-year-after-hirshlands-appointment-little-has-changed-in-the-usoc/