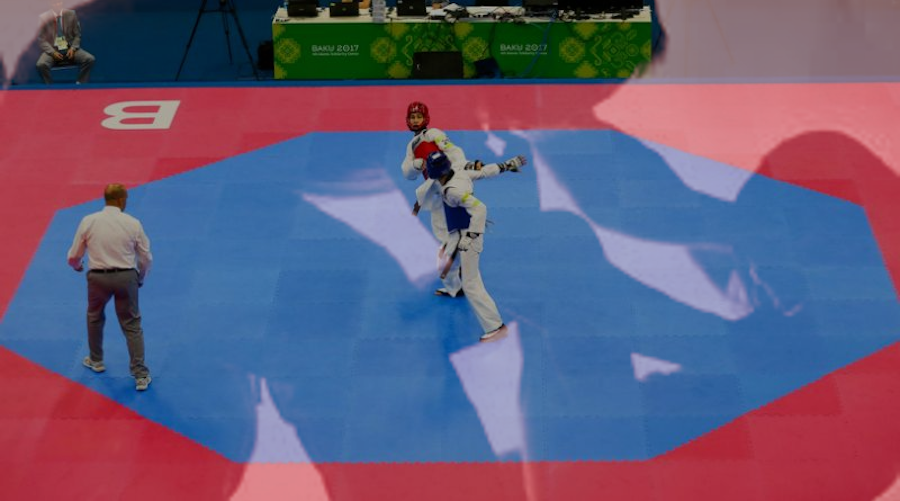 (This article was originally published by Sports Litigation Alert on December 6, 2019, and is reposted with permission.)

USA Taekwondo (“USAT”) had a coach who had sex with young girl athletes. When complaints were received and investigated, nothing changed (Yazmin Brown et al v. USA TAEKWONDO (“USAT”), Marc Gitelman, The United States Olympic Committee (“USOC”) et al, California Court of Appeal, Case No. B280550, Second Appellate District, Division Seven, (“USAT”) (10-8-19) at 5). Apparently, this became known to USAT’s ethics committee in 2013 and it voted to terminate Coach Gitelman. However “USAT board president Devin Johnson allegedly refused to present the ethics committee finding to the full board of directors.” Gitelman continued coaching ( Id. at 9).

Gitelman “was a taekwondo instructor, … whose students included teen age girls” (People v. Gitelman, California Court of Appeal, Case No. B267825, Second District, Division One (“Gitelman”) (July 17, 2017) at 1). Based on victims’ statements, an “information” was filed against Gitelman in Los Angeles. It alleged that he engaged in one count each of “unlawful sexual intercourse and oral copulation with a minor,” and one count of “commission of a lewd or lascivious act involving another minor”( Id. ). One witness testified that she had sexual encounters with Gitelman for two years, beginning when she was 15 years old ( Id. ). Far more details can be found in Gitelman and in USAT.

On September 8, 2015, Gitelman was convicted on all three felonies ( Id. ). Only then was he banned from coaching (USAT at 10). He was sentenced to more than four years in prison and to register as a lifetime sex offender (Los Angeles Times, Hamilton, “Judge sends taekwondo instructor to prison for sexually abusing girls” (10-26-15)). Gitelman appealed. The Court of Appeal affirmed the conviction in 2017 in a 2-1 unpublished decision (Gitelman at 1). The majority found “three minor errors,” but “the errors were de minimus individually and cumulatively, and their effect was too slight to warrant reversing the judgment of guilt” ( Id. at 7).

The Complaint: That case began three days after Gitelman’s sentencing. The defendants included USOC, USAT, two other taekwondo organizations and Gitelman (USAT at 3/4). The complaint alleged that the defendant organizations “acted as the agents and employees of each other, were engaged in a joint venture, all promoted and befitted from Olympic sports, and had knowledge of sexual abuse in Olympic sports”( Id. at 4, fn 4).

The first three causes of action were for assault and battery against Gitelman “for Gitelman’s criminal conduct” ( Id. at 10). In July 2017 Judge Michael Vicencia “ordered entry of a $60 million default judge against (Gitelman) but the collectivity of the money is doubtful” (Metropolitan News-Enterprise, Staff Writer, “Nonprofit Might Be Liable to Victims of Sexual Child Abuse” (“Nonprofit”) (10-10-19)).

The “fourth cause of action for negligence alleges USOC and USAT are responsible for Gitelman’s negligent conduct because, on information and belief, Gitelman was ‘acting as the agent and/or employee of, and otherwise under the control of or regulated by’ USOC and USAT and ‘was acting in the course and scope of his authority as agent and/or employee, actual or ostensible….’ In addition, on information and belief, Gitelman ‘was acting as an officer, director and/or managing agent for other otherwise regulated and/or controlled by’ USOC and USAT” ( Id. at 10).

The fifth cause of action was for breach of their duty of reasonable care to enforce or enact a code of ethics for the sport ( Id. ). The sixth was for negligent hiring and for “failing to act upon information that defendant [Gitelman] had a history of and propensity for inappropriate acts/sexual abuse of athletes and allowing him to have unfettered access to vulnerable athlete’s, including plaintiffs” ( Id. at 11).

USOC and USAT Demurred To The Complaint: They asserted that the claims were “uncertain and did not allege facts sufficient to state a claim” and that there were insufficient facts to establish that Gitelman “was an employee or agent, or he committed the sexual assaults within the course and scope of his employment or agency” ( Id. ).

They argued that they did not have actual knowledge and thus could not be vicarious liable; that they owed no duty of care to prevent Gitelman’s sexual abuse; and that there was a failure to allege a special relationship and actual knowledge of the prior sexual misconduct ( Id. ). USOC further insisted that there were insufficient facts to establish a duty of care ( Id. at 13). Both USOC and USAT contended that the claims for negligent infliction of emotional distress was duplicative of the negligence cause of action and that there was a failure or support a claim for intentional emotional distress because their alleged conduct was not extreme, outrageous or reckless. They also filed a motion to strike the allegations seeking punitive damages and attorneys’ fees ( Id. ).

The Superior Court Acts: The motions were heard on 11-29-16 ( Id. ). The Court sustained the demurrers without leave to amend, ruling that “Gitelman was not an employee or agent of either of the defendants and the facts alleged do not make him one.” The motions to strike were thus moot. On 1-3-17 it entered judgments of dismissal ( Id. ). The Court of Appeal found “no record of the court’s ruling other than the minute order and judgment of dismissal” ( Id. at fn 7). The plaintiffs appealed.

The California Court of Appeal

Duty of Care—The court listed the required elements for finding that defendants owed plaintiffs a duty of care. Specifically, plaintiffs must allege facts showing a legal duty to use due care, breach of duty, causation and damages. In describing the duty of care, the court reasoned that each person has a duty to act with reasonable care under the circumstances. However, a duty to control another may arise “if the defendant has a special relationship with the foreseeably dangerous person that entails an ability to control that person’s conduct ( Id. at 16). It is in finding this special relationship that the court can base the duty of care. The key in finding a “special relationship” is that the “defendant’s relationship with the tortfeasor places the defendant in the best position to protect against the risk of harm” ( Id. at 17).

USAT had a special relationship with Gitelman—The court found that a special relationship existed between USAT and plaintiffs, enough to create a duty of care and subsequently a breach of that duty. USAT was responsible for membership of taekwondo athletes into their organization. Membership was required in order to compete at the Olympic games. Moreover, athletes needed to be trained by USAT-registered coaches. Gitelman was a USAT coach. They had control over his conduct through its policies and procedures used to enforce the code of ethics for taekwondo in the USA. Once USAT found enough evidence to suspend Gitelman, it did so, pending the ethics committee hearing on Brown’s sexual abuse allegations against Gitelman. Ultimately, USAT terminated his membership in September 2015. Because USAT was in the best position to protect against the risk of harm and could have actually reduced the risk of the harm that occurred, the court found a special relationship between USAT and plaintiff’s and because Gitelman managed to abuse them for years, USAT breached that duty of care.

Rowland Factors Support Finding that USAT had a duty to protect plaintiffs from sexual abuse—The court examined the Rowland factors to decide whether “that may, on balance, justify excusing or limiting a defendant’s duty of care” or in determining the existence and the scope of a defendant’s duty in a particular case ( Id. at 23). Since the court agreed that a special relationship existed between USAT and plaintiffs, it was therefore proper to examine the Rowland Factors, which fall into two categories: the first group involves foreseeability and the related concepts of certainty and connection between plaintiff and defendant, the second group involves public policy concern, moral blame, and preventing future harm.

Plaintiffs alleged sufficient facts to show that Gitelman’s sexual abuse of plaintiffs was foreseeable to USAT. In 1992 the USAT national team coach was caught having sex with a young female Olympian ( Id. at 26). This prompted USOC to require all national governing bodies to purchase insurance to cover sexual abuse by coaches. In 2005 and 2007, USAT young athletes were raped at the Olympic training center in Colorado Springs ( Id. ). Additionally, USAT had knowledge that Gitelman sexually abused Plaintiff Bordon on a road trip and all three plaintiffs in his hotel and dormitory rooms during overnight trips to taekwondo competitions, thus, making it foreseeable to USAT that Gitelman, a coach that trained young female athletes, might molest his athletes.

The last factor was present because USAT was aware by 1992 that coaches were sexually abusing taekwondo athletes, yet they did not implement policies to combat this behavior until 2013, after plaintiffs came forward ( Id. at 27). USAT had the power to reduce the risk of this occurring but their inaction led to this lawsuit.

Public Policy Factors—Public policy factors include: the moral blame attached to the defendant’s conduct and the policy of preventing future harm. USAT was to blame for this misfortune because they failed to take action to prevent sexual abuse by coaches for many years ( Id. at 34). Moreover, public policy requires that the duty of care not be breached because it is a societal goal to protect young athletes from sexual abuse by their coaches. USAT was in the best position to prevent this type of harassment.

The court found that the Rowland factors supported the theory that USAT had a duty of care to protect young athletes from sexual abuse by their coaches and their breach of that duty caused the harm suffered by plaintiffs.

The Claims Against USOC—Plaintiffs allege that USOC also breached a duty of care owed to them because they had the authority to decertify USAT and did not do it. However, to plaintiff’s disappointment, the court affirmed the trial court’s decision to dismiss USOC from the lawsuit. The court recognized that no special relationship existed between USOC and plaintiffs to make them liable ( Id. at 35). USOC did not control Gitelman’s conduct directly or indirectly. The only tie USOC had to plaintiffs was that they sanctioned taekwondo events at which plaintiffs were abused ( Id. ). This remote tie was not enough to place USOC in the best position to prevent the abuse, thus the court properly dismissed them.

The plaintiffs in this action experienced one of the most appalling acts of abuse that can be inflicted on young athletes. Their courage to speak out finally put Gitelman in prison. USAT also paid for their years of inaction. The court found them to be the entity in the best position to prevent the abuse, but their negligence resulted in years of sexual molestation by coaches. In this era of “Me, too” it makes sense to hold large organizations liable for failure to prevent egregious acts of molestation upon minors. 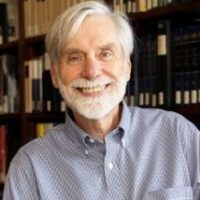 Jeff Birren is the former general counsel of the Oakland Raiders and is an adjunct professor of law at Southwestern.  He is also a senior writer and regular contributor to Sports Litigation Alert, a bi-weekly newsletter dedicated exclusively to sports law. 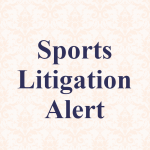 Ms. Valencia received her B.A. from UCLA and is a full-time 3L student at Southwestern University School of Law in Los Angeles, is a law clerk at the Legal Aid Foundation of Los Angeles and an advance student in Southwestern’s Removal Defense Clinic. She is also a contributor to Sports Litigation Alert, a bi-weekly newsletter dedicated exclusively to sports law.

Permanent link to this article: https://advocacyforfairnessinsports.org/feature-stories/olympics/california-court-of-appeal-revives-civil-molestation-case-against-usa-taekwondo/