It came as a surprise to learn that ABA Journal has been keeping a running update of Advocacy for Fairness in Sports blog entries.  We’re not quite sure who’s responsible, but have a few ideas.  Regardless, thanks so much for featuring our work in this prestigious publication.  I’m truly honored that you’ve chosen to include our content among the many giants featured on the site. 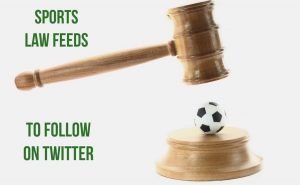 It was a thrill and an honor to be one of only a few non-attorneys to make Justipedia’s Top Sports Law Twitter Feeds for 2017!

“Ex-NFL Player To Appeal Concussion Claim Denial To 3rd Circ.,” Ryan Boysen, July 30, 2019, (“Nothing on the public docket provides any context for those remarks, but documents filed on the settlement’s private ‘claims portal’ and posted publicly by the nonprofit Advocacy for Fairness in Sports show that the yearlong battle over Gordon’s claim centers on many of the same bitter disputes that have repeatedly rocked the settlement over the past two years”)

“Atty, Blogger Fight Back In NFL Concussion Deal Spat,” Ryan Boysen, February 15, 2019 – I (Sheilla) never expected to be one of the subjects of an article, especially in Law360, but welcome to 2019.

The Packers Expenses Say a Lot About the NFL, Dom Cosentino, July 22, 2019 (cited and linked to).

Football Destroyed Ken Stabler’s Brain. Why Isn’t His Family Getting A Cent From The Concussion Settlement? Dom Cosentino, July 13, 2019 (credited as first to report).

Is the USWNT lawsuit the right argument against wage discrimination? by Daniel Kaplan, October 2, 2019.  Sheilla Dingus commented on how USSF’s revelation that the three named plaintiffs on the USWT out earn the top USMT player, and how this might affect the litigation.

Source: Raiders’ Antonio Brown would hold NFL liable for head injury if forced to change helmets by Daniel Kaplan, August 11, 2019, quoted, “Sheilla Dingus, president/editor for nonprofit Advocacy for Fairness in Sports, which supports former and current players, tweeted last week, ‘My concern is if they should grant his request it would probably release the NFL from any legal liability regarding brain injury since he insisted on using an inferior helmet should he experience problems in the future.’”

Pro Football Talk’s story, DOJ supports the NFL in Oakland’s lawsuit regarding the relocation of the Raiders picked up that Sheilla was first to report via Twitter, new developments in the City of Oakland’s lawsuit against the Raiders and NFL.  On Friday, July 12, 2019, Sheilla tweeted the United States’ Statement of Interest in the suit and on Monday, the City of Oakland’s response.   Yahoo Sports picked up the story.

NFLPA Files CBA Violation Grievance Against NFL over Use of Painkillers, Tim Daniels, May 9, 2017. (cited)

Sheilla Dingus: The CTE Lawsuit that Made it to Court, reprinted with permission, May 11, 2017.

Sheilla was quoted in Power & Greed Use & Abuse College Athletes’ Brains, Bodies, and Rights w/o Pay by Carol Bluestein September 5, 2018.

USA Today – For the Win

The NFL is running out of junk science to peddle, so it has issued a bounty, Derek Helling, September 21, 2017 (cited – Sheilla) 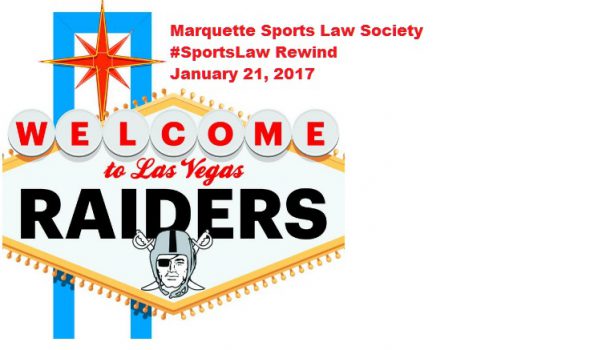 William Bartrum speaks with with Derek about the recent settlement between the NHL and former players. November 19, 2018

Permanent link to this article: https://advocacyforfairnessinsports.org/featured-in/