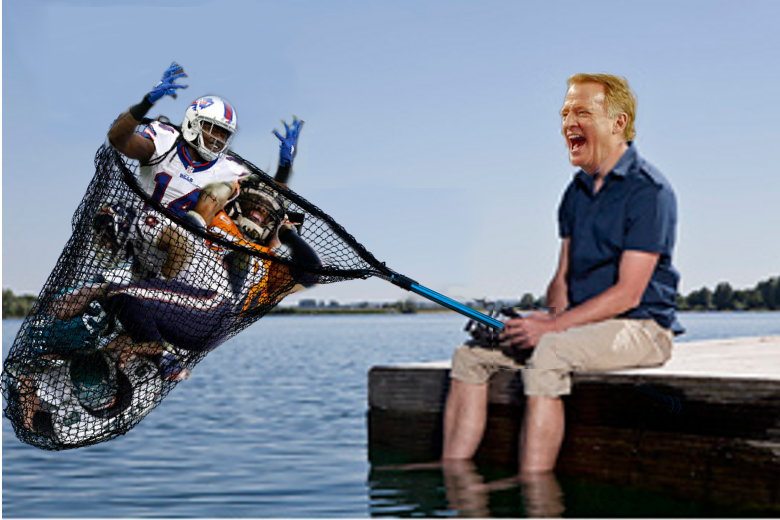 There are lots of recent developments in the NFL Concussion Settlement, so I wanted to get a quick piece out so you’ll have the latest  information in one place.  I’m planning to attend Thursday’s hearing on the settlement’s “generally consistent” standard, and will be updating with a new article after the hearing takes place.  Essentially, the NFL is trying to trap as many players as possible like fish in a net to invalidate their claims by eliminating a key provision of the settlement agreement.   If you’re not familiar with the events leading up to the hearing, here’s a good primer that contains links to all of our prior coverage.

In Judge Brody’s order, she designated that NFL counsel would be presenting their position and that Co-Lead Class Counsel Chris Seeger would be arguing on behalf of players.  Three law firms have filed motions requesting to be heard.  This tweet thread summarizes their motions. (Click on the tweet to expand and read the entire thread.)

A motion for reconsideration was filed by Wendy Fleishman today objecting to a denial of her client’s THRICE approved claim.  The player’s diagnosis was based on the generally consistent standard, but when the appeal was reviewed by the AAP, it was denied because the AAP is forcing strict BAP standards on diagnoses made outside the BAP.  This appeal demonstrates why the generally consistent standard is of great importance.

While no rulings on the motions to be heard have been issued as of yet, it’s been a busy docket day for the #NFL Concussion Settlement. Just in – a motion for reconsideration by attorney Wendy Fleishman. pic.twitter.com/JFEnCL1jkH

Finally, Magistrate Judge David Strawbridge issued a 93-page report and recommendation regarding how independent attorney fees will be calculated in the case of a lien.

In other #NFL Concussion Settlement news, Magistrate Judge David Strawbridge issued a 93-page report and recommendation as to individual attorney fees. I’m still working my way through the document. Here’s the PDF in case others are interested in reading. https://t.co/xSnZoYW1EN

This story will be updated with new developments that may come in prior to the hearing.