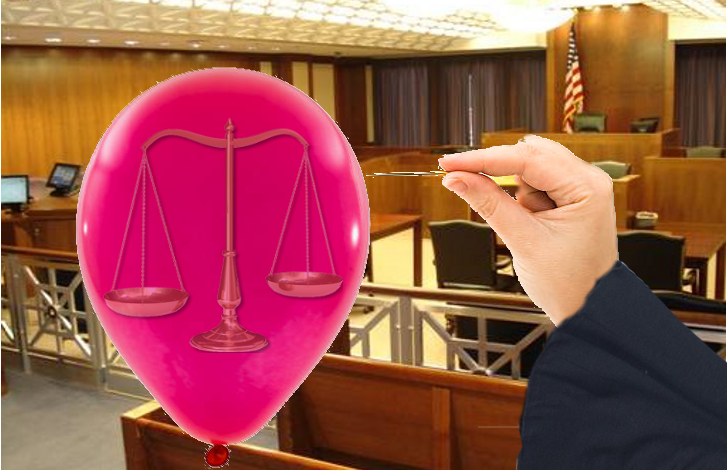 To summarize today’s update in one sentence: the hotly anticipated NFL Concussion Settlement hearing on the NFL’s appeal of generally consistent was cancelled.  I had driven about three-quarters of the way to Philadelphia when I got word that the hearing was off.  I just returned home after 10 hours of driving (plus a few pit-stops) so I’ll summarize briefly.  A more detailed analysis will follow as soon as I’m able to develop a few thoughts and do a bit more research.

For now, here are the basics.   Judge Anita B. Brody, issued an opinion on the “generally consistent” standard of medical determination, announced that the NFL had withdrawn its appeal, and cancelled the hearing as moot.  The two documents fill a scant three pages and are embedded below.

Law360’s Ryan Boysen was the first to report the cancelled hearing.  Here are a few key excerpts from his article along with a bit of commentary.

“Law360 (January 9, 2019, 7:42 PM EST) — The NFL on Wednesday withdrew an explosive appeal in the landmark concussion settlement that had outraged attorneys representing the brain-damaged players covered by the deal, just one day before it was to be discussed at a much-anticipated hearing in Pennsylvania federal court.

The league’s appeal challenged language that allows one group of doctors who evaluate players’ injuries to deviate from the strict guidelines used by a different group, as long as their methods are “generally consistent” with the stricter rules. The NFL described the legal challenge as a way to weed out unscrupulous and incompetent doctors, but irate player attorneys called it a blatant power grab that would have prevented many doctors from using their own clinical judgment when diagnosing players.”

For the seven players whose claims were tied up in the generally consistent appeal, their long nightmare of approval, then appeal, then approval, and then yet another appeal is finally over and they will at long last receive their monetary awards.  For other players, the future is less certain.  The generally consistent appeal is one of two appeals filed by the NFL, which are characterized as formal objections to two opinions issued by Special Master Wendell Pritchett.  The NFL requested and received a stay on payment of 17 aggregate claims from both appeals.  The other 10 players remain in limbo, as their awards remain stayed.

Boysen summed up the order as follows:

Judge Brody said all of the doctors that use “generally consistent” methods to diagnose a player instead of the stricter approach should also submit a “written description in the reports as to why” their approach is actually “generally consistent” from now on. That had technically already been required by the settlement, but according to the NFL, some doctors failed to do so on some of the disputed diagnoses that led to the appeal.”

As I traveled back from the cancelled hearing, I spoke briefly with a few attorneys.  A couple felt the order was a good move.  Others were deeply concerned, and while I’m glad that at least a few players’ compensation was finally released, I question the impact of the order on future claims.  I tend to believe the NFL wouldn’t withdraw their appeal–especially the appeal of an issue they’ve been contesting for almost two years unless they received something of value in return.

“Chris Seeger of Seeger Weiss LLP, which serves as co-lead class counsel in the settlement, said in a statement that he was glad to see the NFL back down on an appeal he had previously blasted as ‘improper’ and ‘taken in bad faith.’

‘We are pleased the NFL has withdrawn its meritless appeal,’ Seeger said. “We believe the administrative clarification issued by Judge Brody will streamline the approval and payment of claims, and curtail unnecessary appeals by the NFL.’

‘Our advocacy on behalf of former players will continue to ensure they receive every benefit under this agreement, and that the NFL pays every dollar for which they are obligated,’ he added.

Seeger said in filings opposing the NFL’s appeal that its legal argument was blatantly contradicted by the plain language of the settlement, a point many other firms echoed in their own briefs.

Seeger had asked the court for an order finding that the appeal was taken in bad faith and preventing the NFL from raising the issue in the future, and also asked that the league be forced to pay interest on the claims that were stayed pending a decision on the ‘frivolous, bad faith’ appeal.”

Another brief filed on behalf of players in the AAP appeal requested that attorney fees for all counsel involved in battling for the players come directly from the NFL and not from the common benefit fund.

It also defines consistent and inconsistent.

The special masters’ definition of the meaning of “generally consistent” seems to be a hybrid of the two terms and is included in settlement FAQS.

It seems disturbing to me that the Claims Administrator will be permitted to undo the work of the Ivy League law professor who serves as special master and replace it with his own interpretation, possibly with input from the AAP.  I’ll be compiling my thoughts and reaching out for comments and insights to present in my analysis which should publish late tomorrow.