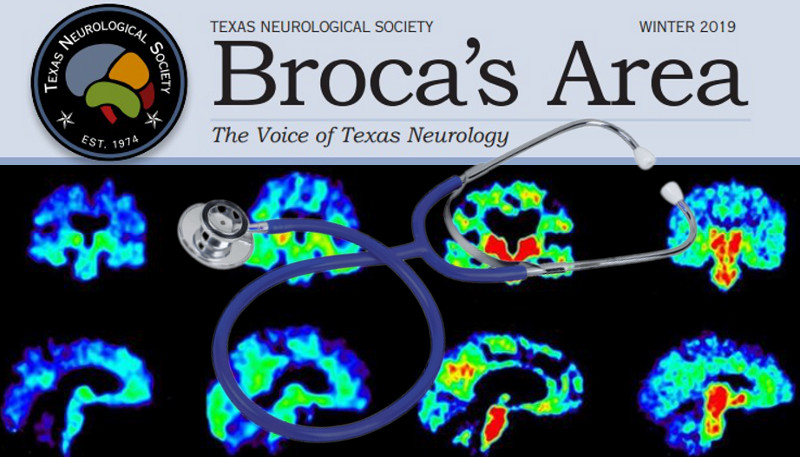 The following article is reprinted by permission of the author, Dr. Randolph W. Evans from the Winter 2019 newsletter of the Texas Neurological Society.
January 17, 2019

The NFL settlement with former players (20,517 registered) who accused he League of failing to warn and protect players against long-term neurological risk of repetitive head trauma became effective on January 7, 2017. The benefits include “monetary awards for diagnoses of Death with CTE before April 22, 2015 (the Final Approval Date), ALS, Parkinson’s Disease, Alzheimer’s Disease, Level 2 Neurocognitive Impairment (i.e., moderate Dementia) and Level 1.5 Neurocognitive Impairment (i.e., early Dementia) (see Injury Definitions). All valid claims under the Settlement, without limitation, will be paid in full throughout the 65-year life of the Settlement.” (NFL Concussion Settlement. In RE: National Football League Players’ Concussion Litigation. No. 2:12-md-02323 (E.D. Pa).

Fifteen neurologists in Texas are qualified to perform Monetary Award Fund (MAF) examinations.
There has been controversy over application of the criteria for cognitive impairment (Hurley D. For Your Patients Concussion: Why Some Neurologists Are Calling ‘Foul’ Over Criteria for NFL Concussion Settlement. Neurology Today. 18(19):1,38-39, October 4, 2018; Letters to the Editor: Criteria for NFL Concussion Assessment. Neurology Today. 18(22):6, November 15, 2018).

To determine level 1.5 (“early dementia) or 2.0 (“moderate dementia”) neurocognitive impairment, the neurologist uses the history, neurological exam, and neuropsychological testing. In addition, the retired player must exhibit functional impairment general consistent with the criteria in the Clinical Dementia Rating Scale (CDR) in the areas of community affairs, home & hobbies, and personal care which results from cognitive loss and not other causes (such as a physical handicap or injury, chronic pain, or sleep apnea).  A sworn statement of a third party is used to corroborate the retired players’ functional impairment when
there are no other documents available to corroborate. The diagnostic criteria, testing and documentation must be generally consistent.  The neurologist is to use “his or her best judgment” in assigning CDR scores and sound medical judgement and best practices in assigning impairment ratings.

The settlement only used the last 3 parts of the CDR (not the first 3 parts). Although the CDR has been validated for use in Alzheimer’s disease (Rikkert MG, Tona KD, Janssen L, Burns A, Lobo A, Robert P, Sartorius N, Stoppe G, Waldemar G. Validity, reliability, and feasibility of clinical staging scales in dementia: a systematic review. Am J Alzheimers Dis Other Demen. 2011;26(5):357-65), the use of the last 3 parts of the CDR have not been validated in this population of retired players. There is significant potential for under and overreporting of functional impairment with the required use of the CDR and a clinical affidavit.

The program has audited 57% of claims. The appeals claim that persons with level 2 do not drive and do not or cannot work. However, this is not accurate since about 1/3 of people with Alzheimer’s disease drive and some people with mild Azheimer’s disease still work.  MMSE scores above 24 have been alleged to be inconsistent with cognitive impairment which is clearly inaccurate as the test may be influenced by age and education and is not sensitive for mild dementia.  In a study of 304 consecutive referrals to a university based outpatient memory clinic, there were 70 subjects with MMSE scores of 30/30 or 29/30. 43% were found to have moderate to severe memory impairment (Lacy M, Kaemmerer T, Czipri S. Standardized Mini-Mental State Examination Scores and Verbal Memory Performance at a Memory Center Implications for Cognitive Screening. Am J Alzheimer’s Disease & Other Dementias 2015;30:145-152).

BrownGreer, the MAF settlement administrator, states, “You should bill the Player or his insurance for the services performed as you would for any other patient.” (NFL concussion settlement program: qualified MAF physician manual. As of 3/1/18). However, billing the claimant’s insurance is highly problematic. Insurance may not cover the medico-legal encounter. Even if covered, the time involved in learning about the rules for the determination, the encounter (which may include reviewing extensive prior medical records, obtaining and scoring the Clinical Dementia Rating and third party affidavit, and current neuropsychological testing), determination of a compensable diagnosis, if any, and submission of materials is much more than insurance compensation would cover.

In addition, neurologists should be wary of establishing a physician-patient relationship with a claimant they will probably see once. Many of the claimants have major depression and suicidal ideation, significant cognitive impairment or unrelated medical co-morbidities.  Neurologists could potentially be sued by the retired player or their families for failure to diagnose or treat.  Examples might be suicide, vascular complications of untreated hypertension, cognitive impairment due to another undiagnosed condition, or poor decision making due to cognitive impairment. The neurologists and the claimants may be better served by informing the claimants at the time of their visit that they are there for an independent medical
examination and there is no physician-patient relationship.

Although the NFL is funding concussion research (such as a safer helmet), there are no plans to analyze the results of the neurological and neuropsychological evaluations of claimants. TNS recommends the following:

The long term consequences are poorly understand. [sic]  There is growing concern over the risk of chronic traumatic encephalopathy (CTE) in contact sports which has been reported in football players as young as 17.

There are approximately 3 million children ages 6-18 years playing football (including 1 million high school players), 70,000 collegiate players, and 1,696 in the NFL.  There are 20, 504 retired football players who have registered for the NFL Concussion Settlement.

The NFL has announced that they will pay for concussion research.  We strongly encourage the NFL, with permission from the retired players, to pay for an independent retrospective study to be performed by independent neurology experts to assess how many have cognitive impairment, Parkinson’s disease, amyotrophic lateral sclerosis, and other neurological disorders and what the risk factors may be. 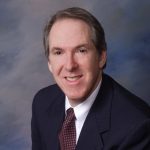 Neurologist and Headache Specialist at Baylor College of Medicine | Website

Neurologist, Clinical Professor, & Editor
Clinical Professor, Baylor College of Medicine Author of Numerous Articles & Books Appeared on CNN, ABC-News, NYT, Wall Street Journal
A native Houstonian, Randolph W. Evans, MD received his B.A. from Rice University in 1974 and M.D. from Baylor College of Medicine in 1978. Dr. Evans completed his internship and residency in Neurology at Baylor College of Medicine in 1982. He is board certified in Neurology and subspecialty certified in Headache Medicine and a fellow of the American Academy of Neurology, the American Headache Society, and the Texas Neurological Society. Dr. Evans is clinical professor at Baylor College of Medicine and on the staff of Park Plaza Hospital, the Methodist Hospital, and Baylor St. Luke’s Hospital. Dr. Evans has numerous publications. Books include the following: senior editor of Prognosis of Neurological Disorders, 1st and 2nd editions and editor of Neurology and Trauma, 1st and 2nd editions; Iatrogenic Disorders; Diagnostic Testing in Neurology; Neurologic Treatment; the Saunders Manual of Neurologic Practice; Case Studies in Neurology ; Secondary Headache Disorders 1st and 2nd editions; Neurology Case Studies; Common Neurologic Disorders; Migraine and other Primary Headaches; and the co-author of Handbook of Headache, 1st and 2nd editions. Dr. Evans is an author of over 250 journal publications and 75 book chapters and is on the editorial boards of many publications including Headache, Medlink Neurology, BMC Medicine, BMC Neurology, Headache Currents, Practical Neurology, Medscape Neurology and Neurosurgery, and consulting editor of Neurologic Clinics of North America. Dr. Evans has been an ad hoc peer reviewer for numerous additional journals including BMJ, Lancet, Lancet Neurology, Neurology, and the New England Journal of Medicine and is a subject advisor for BMJ. Media appearances include ABC-News, CNN-Headline News, Univision, CBS radio, The Learning Channel, BBC radio, the Houston Chronicle, the New York Times, the LA Times, Wall Street Journal, USA Today, todaynbc.com, foxnews.com, and msnbc.com. Dr. Evans has been listed in the publications “Best Doctors in America,” America’s Top Doctors,” “Guide to America’s Top Physicians,” “US News Top Doctors,” “Texas Super Doctors,” “Top Doctors in Houston,” and “Doctors Choice Award.” Dr. Evans received the 2014 Texas Neurological Society’s Lifetime Achievement Award. Offices held include president of the Harris County Neurological Society (2002-2003), president of the Texas Neurological Society (2005-2006), and chief of neurology at Park Plaza Hospital.