Articles detailing how the Disability Plan tried to deny Darryl Ashmore without as much as a review of his medical records.

Permanent link to this article: https://advocacyforfairnessinsports.org/nfl-disability/ashmore/ 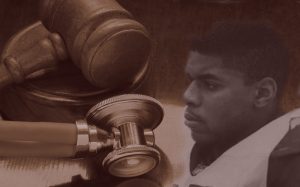 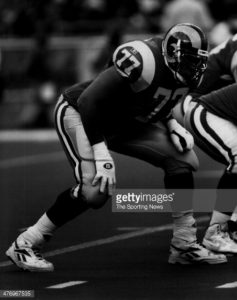 Darryl Ashmore, a former offensive lineman in the NFL has filed a lawsuit in the Southern District of Florida in hopes of claiming disability benefits the NFL denied him. Ashmore, played for the Rams, Raiders, and Redskins for eleven seasons between 1992 and 2002 and was a commanding presence on the field at 6’7’’ and 310 pounds. Now at age 46 he suffers early onset dementia as well as frequent and severe migraines, encephalopathy, memory loss, depression, anxiety, impaired concentration, nausea, hypertension, chronic pain in his neck, knees, back, wrist, and shoulders, herniated discs, and degenerative arthritis. According to an article in the Daily Business Review, Darryl Ashmore’s medical records indicate “Ashmore can no longer operate a vehicle, loses concentration mid-sentence and has short-term memory loss. An affidavit from his wife, Michelle, reports a decade-long decline marked by outbursts, forgetfulness and fatigue.”

In the latest NFL Disability Plan response to a lawsuit filed by eleven-year veteran offensive lineman Darryl Ashmore in regard to denial of his disability claim, the Plan attorneys admit that his medical records haven’t even been reviewed! When I previously reported on this story, I noted his claim of disabilities resulting from eleven seasons in the NFL: chief among them, the neurological impact of frequent and severe migraines, encephalopathy, memory loss, depression, anxiety, impaired concentration, nausea and hypertension, as well as the physical manifestations of chronic pain in his neck, knees, back, wrist, and shoulders attributed to herniated discs, and degenerative arthritis.