Permanent link to this article: https://advocacyforfairnessinsports.org/nfl-disability/charles-dimry/ 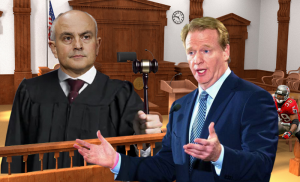 When Judge James Donato of the U.S. District Court for the Northern District of California entered a scathing review of the NFL Disability Plan’s abuse of discretion when he granted summary judgment in favor of Charles Dimry in March 2018. Dimry’s court victory was considered a huge win not only for Dimry, but for other retired players whose disability had been denied based solely on Plan doctors retained by the Bert Bell Pete Roselle Benefits Plan, but in a shocking twist, Dimry is back in court, again seeking benefits because, according to his complaint, the Plan “strongly disagreed” with Judge Donato.