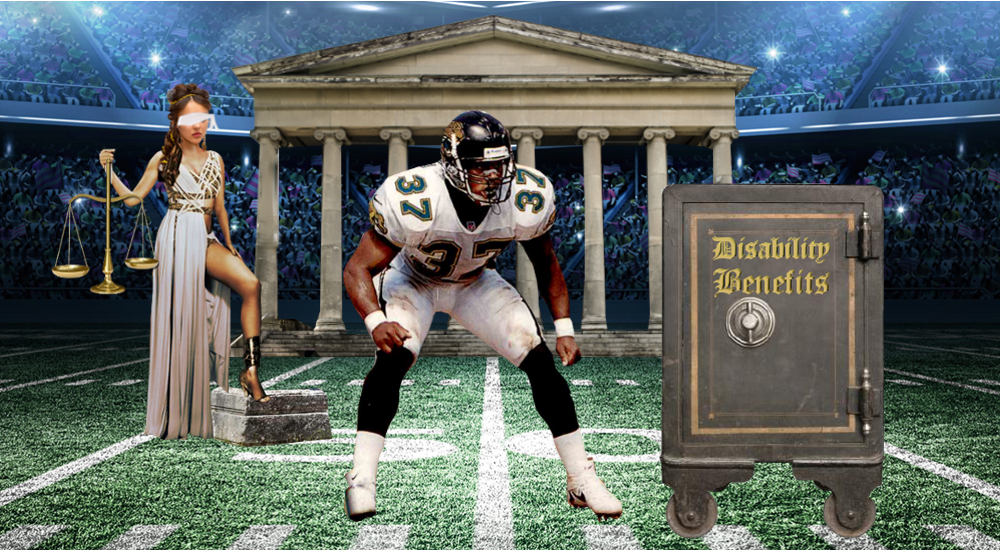 As the expiration of the current collective bargaining agreement between the National Football League and the NFL Players Association hurls ever closer, the suitability of the NFLPA to represent the best interests of the players at large has again been called into question. A lawsuit challenging the PA’s oversight of a disability benefits plan for former players not only demonstrates a failure on the part of the PA but the judiciary as well.

Chris Hudson says he sustained numerous head injuries while playing eight seasons in the NFL. Hudson further stated that because of the cognitive decline he has suffered as a symptom of his head injuries, he is unable to maintain sufficient employment. Because of that, Hudson applied for permanent and total disability status benefits available under the Bert Bell/Pete Rozelle NFL Player Retirement Plan funded by the NFL and NFLPA in 2011.

After Hudson’s claim was originally denied, the plan’s Retirement Board (a six-member panel responsible for administering the disability insurance plan of interest in this litigation) reversed that decision but also determined that Hudson would receive a lower level of benefits as it deemed Hudson’s disability status “not related to League football activities.” The difference between the levels of benefits that Hudson was awarded and that which he felt he qualified for amounted to about $6,000 a month.

To qualify for the higher level of benefits, Hudson was under the impression that the plan required the approval of an application for Social Security disability benefits. Hudson not only sought that, but was granted that status by the Social Security Administration. Armed with that and other medical documentation of his disabled status, Hudson applied for reclassification of his status under the NFLPA plan. The initial claims committee denied his application.

Upon Hudson’s appeal of that decision, the Retirement Board upheld the denial. The board stated in its decision that Hudson’s situation did not fit its interpretation of “changed circumstances” in the plan’s language.

Hudson responded by filing suit in the Southern District of New York against the PA, the NFL Management Council and the Retirement Board in May of 2011. Among Hudson’s allegations were that the plan’s Summary Plan Description failed to comply with the Employee Retirement Income Security Act of 1974. That statute requires plan language to be clear and written in such a way that the recipients of the benefits can understand their obligations and rights under the plan. Hudson also alleged that the board failed its duty as the fiduciary of the plan by withholding information material to his application for recertification until after denying his application.

The defendants all responded with motions for dismissal in late August 2018. Hudson responded in October of 2018, stating the defendants hadn’t sufficiently disputed his claims but rather attempted to rewrite his allegations.

On Sept. 5, US Magistrate Judge Robert W. Lehrburger recommended that the judge overseeing the litigation, US District Judge Gregory H. Woods, spike Hudson’s complaint. Lehrburger stated that he found no credence to the allegations that the plan’s language was non-compliant with ERISA. Lehrburger’s findings on the matter of the board’s fiduciary responsibility are the most curious aspect of this dispute so far.

In his report to the district court, Lehrburger effectively stated that none of the defendants were the proper fiduciary parties for the plan. He then neglected to state who, if not any of the defendants, had fiduciary obligations for the plan. It seems that the board and the two bodies responsible for overseeing it, the NFLPA and the NFL Management Council, have found a magical formula that every employer that provides disability benefits to its employees would love to be able to replicate: complete power to administrate the plan with total legal immunity from any litigation for doing so improperly.

On Thursday, Hudson did what he was trained to do by the three NFL franchises he played for. He hit back.

Hudson filed his response to Lehrburger’s report, disputing all of the judge’s findings. Hudson reiterated his stance that the plan’s SPD failed to disclose a prerequisite to receipt of the promised benefits, all three of the defendants had fiduciary obligations to the plan and Lehrburger’s report misconstrued the duties of the PA and the Council to monitor the plan’s administration.

Hudson’s clarification of his allegation that the Council and PA failed in their duties to monitor the board is among the most crucial matters in this litigation going forward. Lehrburger’s report states that simply because the council and the PA were required to appoint the members of the board, that did not make them liable for every decision the board made or saddle them with an obligation to micromanage the board.

In his response to Lehrburger, Hudson clarifies that was never his allegation. Instead, he states his allegation that the Council and PA failed in their fiduciary responsibilities revolved only around their obligations to fill vacancies on the board. He stated that the board’s failure to properly make decisions on applications such as his proved the incompetence of the board members, and thus the Council and PA were obligated to remove those members and replace them.

A good analogy is a restaurant patron being served an undercooked portion of meat. In this analogy, suppose Hudson is the patron and the board members are the kitchen staff responsible for preparing the meal, while the Council and the PA are the owners of the restaurant responsible for hiring the staff. Lehrburger insinuated that Hudson blamed the owners for the poor quality of his meal, while Hudson actually blamed those owners for not firing and replacing a staff that had proven their inability to do their jobs properly.

The next matter of importance is whether the SPD language was not only clear but complete. It seems Hudson understood the plan’s term to require an SSDI total disability certification to qualify for the higher level of benefits, but then was seemingly blindsided by the board not disputing his qualification for the benefits but rather whether he was eligible to apply. If that’s the case, then it would seem the SPD terms fail to meet the threshold required by ERISA to make all of the obligations and standards in the plan clear and concise. It is not Lehrburger’s understanding of the SPD’s language, as he is not a potential beneficiary of the plan, but rather Hudson’s comprehension of the same that is the test set forth by the law.

These are the matters that Woods will now have to decide upon. Not only is Hudson’s ability to live out the rest of his life with dignity at stake, but there is danger of a precedent being set that the defendants in this case have authority without accountability as well.

Permanent link to this article: https://advocacyforfairnessinsports.org/nfl-disability/chris-hudson/chris-hudson-fights-to-keep-his-erisa-claim-against-nflpa-alive/