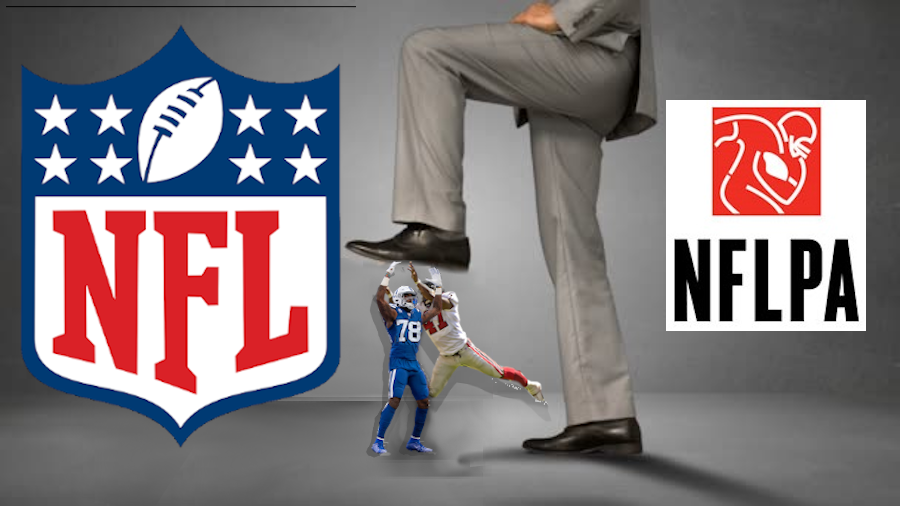 The continued failures of the NFL Players Association are most demonstrable in a collective bargaining agreement that heavily favors people who in poetic irony call themselves “owners.” While it’s difficult to perceive all the consequences of every “jot and tittle” of such a contract at the time of negotiation, the egregious flaws from a player perspective aren’t minor oversights that union leadership couldn’t have seen coming which have merely inconvenienced members.

On the contrary, they are astounding weaknesses that deny players the dignity of their humanity and an equitable share in the value they create in the industry. Hudson v. NFLPA, et al is a tragic lesson in this truth.

Background on Hudson v. NFLPA and the current state of the complaint

Chris Hudson played in the NFL for eight seasons and says he suffered numerous serious head injuries as a result of that employment. Hudson has since been certified totally disabled by the Social Security Administration and maintains that due to neurological trauma he is unable to maintain gainful employment.

Because of his diagnosis and inability to provide for himself in the job market, Hudson applied for permanent and total disability status benefits available to former NFL players under the Bert Bell/Pete Rozelle NFL Player Retirement Plan in 2011. After Hudson’s initial claim was denied, he appealed and was granted a lower level of benefits than he felt he was due because of his diagnosis and the plan’s language.

Later in 2011, Hudson filed suit against the PA and others in the Southern District of New York, claiming they were in violation of the federal Employee Retirement Security Income Act of 1974. Such suits are more commonly referred to as ERISA claims.

After the defendants petitioned the court to dismiss the suit, the court sought the opinion of US Magistrate Judge Robert W. Lehrburger on Hudson’s complaint. Lehrburger recommended the court spike Hudson’s lawsuit because he didn’t find the plan’s language to be in violation of ERISA and determined none of the defendants had a fiduciary responsibility in regards to the plan.

Hudson filed that amended complaint on Nov. 19, restating all of his original allegations.

Instead of removing the NFL and NFLPA defendants from the amended complaint, Hudson doubles down in his allegations against all defendants including members of the retirement board – the body directly responsible for administrating the Bert Bell/Pete Rozelle plan. Not only does Hudson’s new complaint name the board but singles out members of the board by name.

In doing so, Hudson directly addresses one of Lehrburger’s criticisms of his original complaint. Lehrburger found that the PA and the NFL Management Council were only responsible for selecting members of the retirement board, not actual administration of the plan.

Hudson’s fight will still be a challenge, however. The onus is on him to convince the court his ERISA rights were violated because the plan’s language was unclear and that board members withheld information material to the plan until after his claim was denied. To refute his claims, all the defendants really need to do is provide evidence of similar claims being awarded under the same plan by the same board members and point out any key differences between those claims and Hudson’s.  Of course, since players are rarely if ever awarded a higher level of benefits on appeal this may prove to be an impossible task.

Hudson isn’t just fighting for his benefits, however. He’s fighting to keep the NFLPA’s incompetence from doling out similar damage to others. Unfortunately, that’s already happened.

In a very similar case filed by former NFL player Andre Royal, the dismissal of Hudson’s original complaint and subsequent legal bullying by the NFL caused Royal to drop his suit. To add insult to injury, the defendants are now asking the court to force Royal to cover attorney costs, totaling over $56,000.

That will be difficult for anyone who is disabled to come up with. The move has more to do with sending a message than recouping the cost of defending against the lawsuit, however.

The message is similar to that which has been sent in the NFL Concussion Settlement. You’ll get nothing and like it because if you challenge us, you’ll be worse off than you are now. That damage is already done, but this status quo can be changed if the PA takes action.

As Hudson’s complaint states, the PA has the authority to replace members of the plan’s board. Hudson also points out that under ERISA, it has the duty to do so when members of the board aren’t fulfilling their duties.

In its current state, this plan is nothing more than a pseudo-benefit for players, a meaningless concession given to entice players to ascent to “labor peace” with a party intent on stripping every ounce of value from their bodies then tossing them aside when they show the effects of that pillaging. It’s telling that the NFL’s messaging on retirement benefits focuses not on how much has been paid out to players but merely how much the league has contributed to the plan.

This must be an emphasis for the players in CBA negotiations going forward. The PA must focus on not only making sure the plan’s language is clear and precise, but that its duty to replace board members who move the goalposts when doing so would result in players’ claims being denied is fulfilled. If the PA fails to produce a clear retirement plan in which the players can actually take advantage of the system they pay into, members should question what they are paying dues for.

The administration of the retirement plan is one more way that the leadership of the NFLPA has demonstrated its incompetence if not subversion. The cost of that goes beyond whether NFL franchises can deny players their worth on the open market using devices like the franchise tag. For players like Hudson and Royal, it means the difference between living out their lives away from the league with dignity or being economically destitute.

Permanent link to this article: https://advocacyforfairnessinsports.org/nfl-disability/chris-hudson/hudson-case-shows-major-failings-by-nflpa-to-retirees/