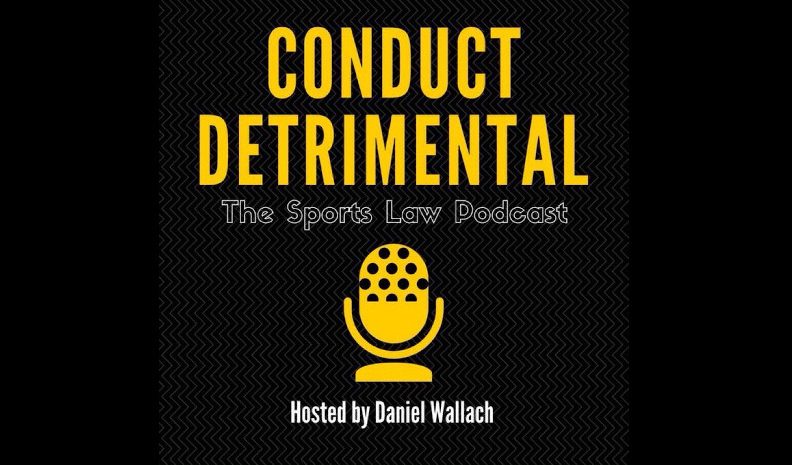 Earlier this week Daniel Wallach addressed the inquiries of the new NFL/NFLPA CBA on his sports law podcast, Conduct Detrimental.  If you didn’t catch it in real-time, you don’t want to miss any part of this series where Wallach takes an in-depth look at how changes to the CBA will adversely impact disabled retired players including a view from the past that shows how both the NFL and NFLPA are reneging on their promises to Congress in regard to honoring determinations of the Social Security Administration.

The NFL’s new collective bargaining agreement has been criticized as not providing the players with nearly enough economic gains to justify acquiescing to a 17th game. But the most controversial aspect of the new CBA is its treatment of the most vulnerable group of players: the roughly 900 or so former players who are receiving “total and permanent” disability benefits under the NFL’s disability plan. In this episode, Dan takes a closer look at how the new CBA could leave hundreds of former players out in the cold by removing them from the NFL’s disability plan or significantly reducing their benefits.

NFLPA Executive Committee member Lorenzo Alexander joins Conduct Detrimental to discuss the NFL’s new collective bargaining agreement. In this episode, Lorenzo explains his reasons for voting against the CBA and why the proposed deal was sent to the full membership for a vote even though it had been rejected by the Executive Committee. He also addresses the controversial decision to reduce disability benefits for former hundreds of former NFL players. He calls this decision a “mistake” by both the NFL and NFLPA, and outlines his plans for restoring the benefits to those affected.

Will there be litigation to invalidate the NFL’s new collective bargaining agreement? It sure looks that way. In an exclusive interview with Conduct Detrimental, attorney Ben Meiselas lays down the gauntlet to the NFLPA in a riveting, no-holds-barred interview. He discusses his imminent legal challenge to the CBA on behalf of a group of disabled former NFL players, and the next legal steps that he will take to restore the vested disability benefits for hundreds of disenfranchised former players.

Permanent link to this article: https://advocacyforfairnessinsports.org/nfl-disability/conduct-detrimental-podcast-shines-light-on-nfl-disability-issues/