Permanent link to this article: https://advocacyforfairnessinsports.org/opinion/ 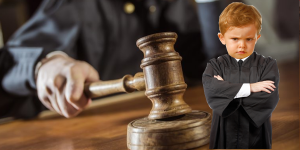 What’s with this trend of defying judicial mandates?

For those not on Twitter, I wanted to share a thread that I tweeted that concerns a disturbing trend of judges and others defying judicial mandates based simply on disagreement with the judge. At one time this was unheard of, but in the thread, I give two examples from NFL cases, and these appear to be just a symptom of a larger problem. 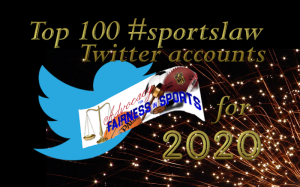 Happy New Year! Enjoy our picks for the top 100 #sportslaw Twitter accounts to watch and follow in 2020. 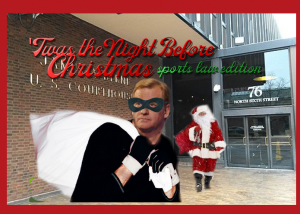 ‘Twas the night before Christmas, and all through the land
Cases had been argued, seeking remand;
The sports leagues were busy, all driven by greed,
In hopes that their coffers would greatly exceed; 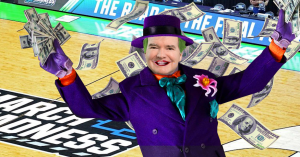 The NCAA Is The Best Joker

Forget Cesar Romero, Heath Ledger, Jack Nicholson, Jared Leto and Joaquin Phoenix. They have nothing on the NCAA’s Joker game because unlike those Jokers, the NCAA has conned the state into actually protecting its illegal activities. 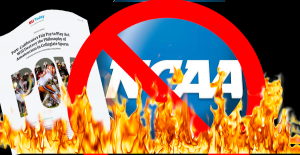 Advocates for the rights of college athletes quickly become impervious to the NCAA’s constant shilling and often it seems the better part of valor is found in a “mute” button. But every once in awhile, you see a pitch that while completely unoriginal is so egregious you feel forced to respond. Today is one of those days. I just finished reading “POV: California’s Fair Pay to Play Act Will Destroy the Philosophy of Amateurism in Collegiate Sports,” on the BU Today website. The article was written by Professor Ellen Faszewski, a Human Development clinical professor and associate dean for student affairs. That’s all her BU Today bio states about her academic role but heralds her role as an NCAA faculty representative and involvement with the NCAA Division III FAR Fellows Institute, with apparent pride. 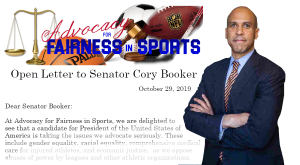 At Advocacy for Fairness in Sports, we are delighted to see that a candidate for President of the United States of America is taking the issues we advocate seriously. These include gender equality, racial equality, comprehensive medical care for injured athletes, and economic justice, as we oppose abuses of power by leagues and other athletic organizations. 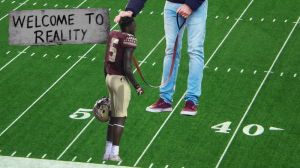 The game of American football should have as much emphasis placed on the first word as the second. It’s uniquely American and because of that, capsulizes American society into an activity that can be studied. The culture surrounding the game mimics culture on a grander scale because the same people with the same ambitions, attitudes, prejudices and values comprise the individuals involved in the sport as form the larger culture. 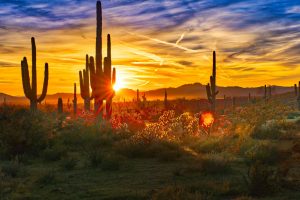 Reflections from SLA 45 from a First Time Attendee Part 1

From May 16th to 19th, the Sports Lawyers Association held its 45th annual conference, in Phoenix, Arizona, with the beautiful JW Marriott resort as its temporary home and red mountains, cacti and palm trees as its backdrop. As a first time attendee and someone who has one toe (or two) dipped into the sports law pool but who is seriously contemplating jumping in feet or bottom first, not only was this the best and only place to be but the event did not disappoint. 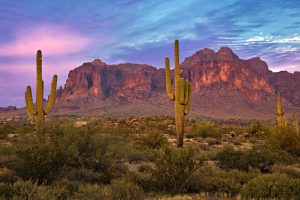 Reflections from SLA 45 from a First Time Attendee Part 2

As I mentioned in part 1 of this review, the three-day Sports Lawyers Annual Conference was a mine of information and summarizing it adequately would be an impossible task. One would have had to be able to be at different places at once in order to attend every session and hear every word but, my hope is that my list of takeaways captures enough of its essence to be of interest to people who were in attendance and people who were not. In this second and last part, I focus on student-athletes in the NCAA, sports betting & gambling, and sexual abuse.

May Day 2019 was an unprecedented opportunity for people in North America to behold two important figures appear before two governmental bodies and try their best to sell their disinformation. 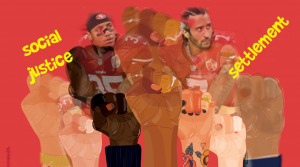 Perspective: It’s Not ‘Either / Or’ with Kaepernick and Reid 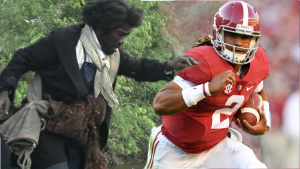 The current model of major college football is morally bankrupt

As the Alabama Crimson Tide and the Clemson Tigers decide the FBS national championship at Levi’s Stadium tonight, there’s no getting around the fact that the status quo of the industry they are engaged in is paramount to racism and slavery. 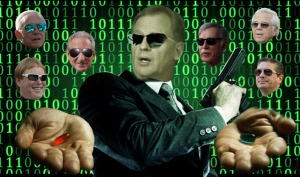 To Understand the NFL’s Inconsistent Handling of Domestic Violence, You Have to Enter the Matrix

“This is your last chance. After this, there is no turning back. You take the blue pill – the story ends, you wake up in your bed and believe whatever you want to believe. You take the red pill – you stay in Wonderland and I show you how deep the rabbit-hole goes.” 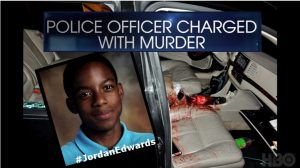 Premiering Tuesday October 23, HBO Real Sports examines the police shooting death of 15-year-old Jordan Edwards. Jordan was both a scholar and an athlete. In the state of Texas where high school football is king, Jordan was a first-year football player at Mesquite High School in Balch Springs, Texas a suburb of the Dallas-Fort Worth metroplex with a population of just under 24,000 people. 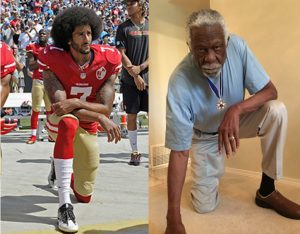 Stick to sports. Shut up and dribble. Comments such as these ignore the past, attempting to remove the political significance of sports as if this is something shocking or new. Sports have always been a microcosm of society as well as a catalyst for reflection and change. 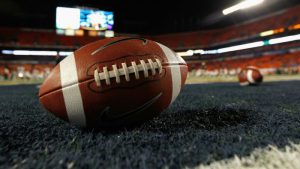 The problem of ‘sleeping with the enemy’

It’s no secret that the NFL has serious issues. Whether it’s delays and schemes in the concussion settlement, unethical prescription painkiller practices, inconsistent discipline, or concussion protocol problems, there are plenty of angles from which to criticize that league. Putting the NFL aside, there are issues with the collegiate level of American football as well. 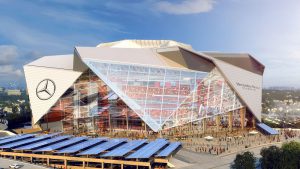 The Atlanta Falcons probably should pay property taxes, but whether that makes them guilty of fraud is another matter

October 21, 2017
Derek Helling A recently-filed lawsuit by several plaintiffs against the Fulton County (Georgia) Board of Tax Assessors again raises questions about whether close relationships between professional sport entertainment corporations are proper, but will probably fail to achieve much more than furthering that conversation. On Tuesday, Oct. 17, Fayetteville, … 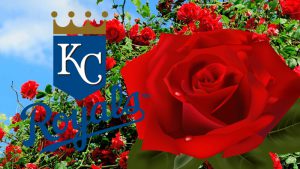 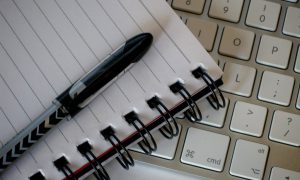 Sheilla Dingus
@SheillaDingus
June 14, 2017 I just discovered that Vocativ Sports is no more. I find it particularly distressing in that this was an outlet that wasn’t the least bit shy in reporting on the injustices in the sports world. One of their writers Robert … 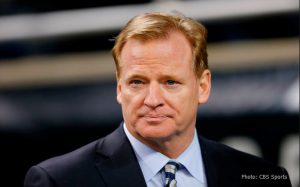 Dear Mr. Goodell, Thank you for the recent letter to NFL fans.  I’m pleased to see that the League is paying attention to certain concerns. I feel that the manner in which you addressed these issues in your letter shows much promise and wish you the very best in implementing some positive changes. I especially … 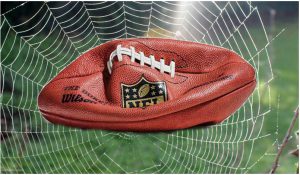 Why all the sad and angry faces my fellow Patriots fan friends? While Roger Goodell won the legal battle in Deflategate and forced Tom Brady to serve a four-game suspension, he lost the war! “Public confidence in the integrity of the game of professional football” is at an all-time low, and this is in large part due to Deflategate, and now the short-lived nontroversy of Deflategate 2.0. What an irony. The “crime” of undermining confidence in the integrity of the game which he tried to pin on Tom Brady backfired and Goodell is now the poster child for that brand of “integrity.”.
Tom Brady has shown he’s a better man than Roger Goodell by taking the high road and simply going out and playing the best football of his career at age 39. He’s scorching the record books. His actions are not those of a loser, but a winner! 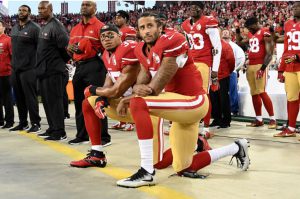 O Say Can You See?

Why the Anthem Controversy is a Good Thing by Sheilla Dingus September 14, 2016 When 49ers quarterback Colin Kaepernick remained on the bench for the national anthem a few weeks ago, he unleashed a firestorm as fierce as “rocket’s red glare,” simultaneously setting off a debate as loud as “bombs bursting in air,” to borrow …