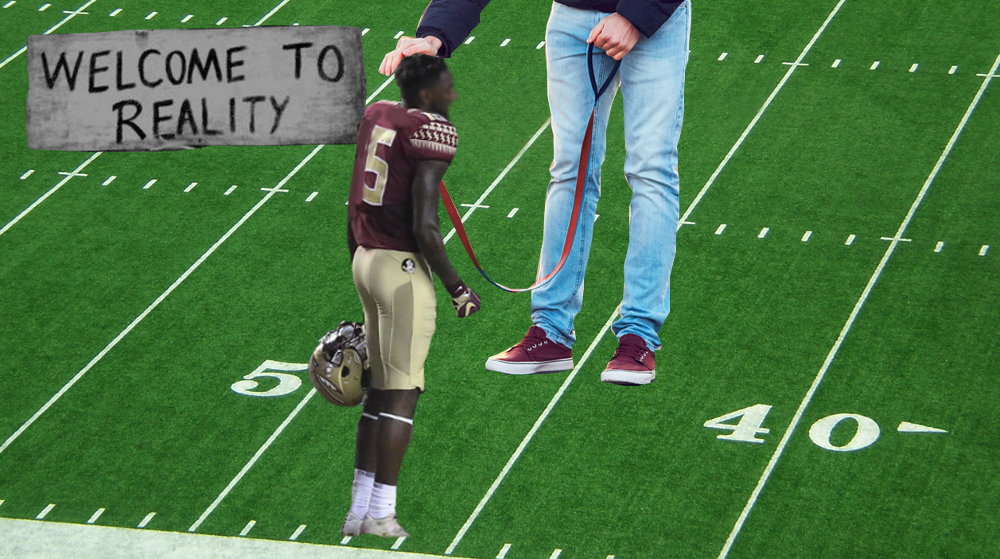 The game of American football should have as much emphasis placed on the first word as the second. It’s uniquely American and because of that, capsulizes American society into an activity that can be studied. The culture surrounding the game mimics culture on a grander scale because the same people with the same ambitions, attitudes, prejudices and values comprise the individuals involved in the sport as form the larger culture.

While American football is by no means the only sport this is true of, it’s the most popular sport in the United States and therefore the easiest to discuss and study. That makes it quite simple to start a conversation about how the sport reinforces the ideology of white supremacy, or more accurately, the people involved in the sport make decisions in keeping with that ideology, even with “good” intentions or subconsciously.

Much has been written about the lack of head coaching opportunities for men of African or Caribbean descent, with darker shades of Melanin in their skin, as compared to their counterparts with Western European ancestry. To deny that disparity is akin to sticking one’s head so deep in the sand that the temperature in the Earth’s mantle will cause damage to the skin. The disparity is not only apparent on the professional level, but in the amateur ranks as well.

While that’s a serious issue, it could be said to be a mere symptom of a deeper problem. Especially in the amateur ranks, the attitude that head coaches are more than teachers of the game is pervasive. A common narrative that surfaces almost every year is how coaches fill paternal roles in the lives of their players. These anecdotes appear in stories that follow lines like:

The beneficial role that sports can play in the development of adolescents, children and young adults have been studied. The validity of those results is not being disputed. This discussion revolves more around the ideology that is reinforced by such narratives.

As the majority of men viewed in these roles are Caucasian, they, in turn, are seen as the sources of education and virtue. The lack of men of other ethnicities in the roles means those qualities aren’t attributed to them as frequently. Correspondingly, the fact that more men of other ethnicities serve in assistant coaching roles, subject to the authority of their Caucasian head coaches on all internal matters regarding the teams, is worth noting here as well.

Anthony Crudup, an African-American who played American football at the high school level and then went on to do the same for the University of Minnesota, had a similar experience in his time playing the game.

“I, for the most part, always had black position/assistant coaches but white head coaches,” Crudup explained. “Even back in the 1990s and early 2000s, this was the playbook for a successful coaching staff with inner-city or primarily non-white athletes. Coaches often attempted to act as father figures. The issue we had with this is many if not most of us had families with good structures. We needed teachers of the game, not father figures. This was about from 11 years old on from what I can remember. It didn’t get better as I aged. Instinctively football coaches continued to push items like ‘football saved their lives,’ ‘it gave them purpose,’ etc. This mentality was pushed onto players. Again, we were 11. It was just something we were doing for fun.”

Why the drive to push the narrative that white men step into the lives of young African-American males to improve their lots? It’s a “white savior” cultural narrative that pervades many more aspects of society than sports. Crudup makes his understanding of the ideology clear.

“White savior mentality, first for me to talk about how it’s impacted my life, I have to define it,” Crudup elaborated. “To me, it’s a white person or group of white people who are attempting to do good, with selfish intent. We learn ‘a good deed is still a good deed even if it’s for selfish reasons’ well until it’s not. Why is doing something good for selfish reasons bad in this context? It boosts the ego of the individual offering help to those whom they assume are underprivileged and typically does not offer sufficient press to the issue at hand. Why else is it bad? Along racial lines, it ends up extending to people who don’t fit the mold. An example of that is a middle-class white person offering to buy lunch for a wealthy black person in ignorance of that person’s financial status and propping themselves up. It continues to instill racial and class stereotypes. The intent may or may not come from a place of love, but the execution is filled with prejudicial stereotypes.”

This ideology plays a huge part in denying African-American candidates a fair shot at head coaching vacancies. The perception is that if young African-American men are in such desperate need of a father figure to teach them how not to be a criminal, how could another African-American provide that? The narrative is that only white men have the resources necessary to fill that role.

Every time a white head football coach props himself up as a father figure to his black players, the idea that if not for the intervention of that coach those young men were destined for a life of poverty gets reinforced. The idea that African-American communities and fathers are incapable of producing successful adults “left to their own devices” is bolstered. That ideology has played a part in creating the structure that is evident in college football.

Black players account for about 75% of playing time in major college football. White head coaches accounted for 87% of FBS positions in 2017. This provides plenty of opportunities for the “white savior” narrative to fester like a boil on the skin of American society. What’s worse, the NCAA uses the narrative of football being an opportunity provided by white men for young African-American men to escape their otherwise gloomy fates as a marketing tool that any government propaganda generator would be envious of.

This propaganda supports the ideology that white culture is superior to that produced in communities shared by people of other ethnicities. In simpler terms, the quantity of “white saviors” walking up and down sidelines ensures that the ideology of white supremacy in American culture has a way to survive.

The solutions to the problem, as with many others, are awareness and education. Caucasian men in head coaching positions should be aware that their jobs are to teach their players the game of football, not force themselves into their players’ home lives as a pseudo-father or assume that if they don’t teach their players about desired character traits, no one else will. Those in positions to make decisions about head coaching vacancies need to account for the disadvantages African-American candidates face.

This facet of the culture surrounding American football is a damning glimpse into how askew American society at large still is regarding the role one’s shade of Melanin plays on development and maturation. As a society in this regard, there is still much work to be done.

Permanent link to this article: https://advocacyforfairnessinsports.org/opinion/how-american-football-fuels-white-supremacy/