The NCAA Is The Best Joker 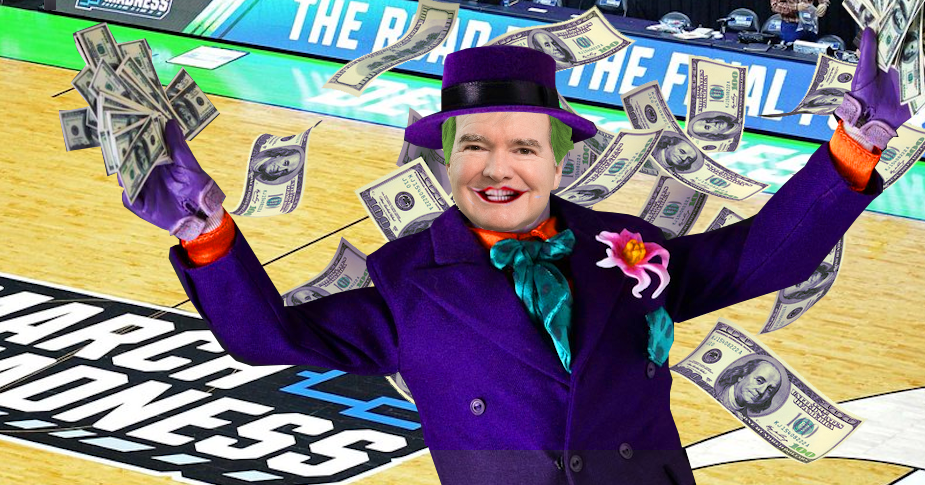 Forget Cesar Romero, Heath Ledger, Jack Nicholson, Jared Leto and Joaquin Phoenix. They have nothing on the NCAA’s Joker game because unlike those Jokers, the NCAA has conned the state into actually protecting its illegal activities.

Historical events often become the inspiration for fiction like the enormous mythology of Batman and reflexively, those stories become how society frames present events. Our species uses things imagined to communicate and understand our experience of reality.

While that can be problematic because it may over-simplify complex matters, sometimes the stories portray actual events perfectly. One scene from the 1989 film “Batman” directed by Tim Burton is a perfect portrayal of the current situation between the athletic department at the University of Missouri and the NCAA.

After The Joker, portrayed by Nicholson, murders crime lord Carl Grissom, his next move is to assume control of the entire illegal empire Grissom ruled. In that interest, he organizes a meeting with the heads of its several factions.

During the meeting, The Joker asserted his dominance by electrocuting Antoine Rotelli, one of the crime bosses portrayed by Edwin Craig. He then ushers the rest of the group out, having effectively sent his message.

Last week, the NCAA denied Missouri’s appeal of academic fraud sanctions. That decision to hold in place the loss of scholarships, postseason bans and recruiting restrictions invoked criticism from the Mizzou community.

Decision of the NCAA Infractions Committee Regarding University of Missouri

Most notable among the dissenters was a person whose job it is to defend the illegal cartel that Mizzou is part of. That man is Missouri athletic director Jim Sterk.

Sterk’s criticism of the NCAA pulled no punches. He made clear his disagreement with the decision to uphold all the sanctions.

“The NCAA has proven again it cannot effectively serve its membership and the student-athletes it’s supposed to protect,” Sterk commented. “The decision today is just wrong.”

Mizzou’s case in its appeal was that the sanctions were arbitrary and inconsistent with past punishments for similar crimes doled out by the NCAA. It’s difficult to disagree with that statement.

The oft-used example is recent academic fraud at fellow SEC member Mississippi State. The sanctions there were less severe, not including a bowl ban. Bowl season is one of the biggest cash cows in the college sports industry. The NCAA’s discipline of Missouri was arbitrary and subjective based on precedent and the idea that the punishment should fit the crime.

Where Mizzou’s sob story loses its moral high ground, however, is in considering the forest along with the trees. The entire thing, meaning all of the NCAA’s bylaws and how they are enforced, is arbitrary and subjective.

It isn’t necessary to look any further than the NCAA’s policies on athletes transferring from one member institution to the other to see the subjective nature of everything in the organization. The randomness of which athletes’ transfer waivers (exemptions from normal policy that allow athletes to play for their new teams without sitting out a season) are and aren’t approved recently led Michigan State head men’s basketball coach to resign his position on the National Association of Basketball Coaches’ board of directors. Like Sterk, Izzo didn’t mince words, saying he was “fed up.”

“All the research I’ve seen, the consistency and the guidelines for this seem absurd,” Izzo stated. “There’s arbitrary decisions being made. And what bothers me the most is they’re being made by individuals who don’t really understand what’s going on in our game.”

There’s another similarity between Izzo’s and Sterk’s situations. Izzo never spoke out against the NCAA’s transfer policies until one of the athletes on his team was denied. In the same way, Sterk didn’t recoil at the dog biting the hands that fed it until it was his hand that got bitten.

Izzo was formerly a staunch defender of the NCAA’s ability to force athletes to sit out a year upon transferring and even called for tighter restrictions on that activity. Returning to our illuminating fiction, this analogy is again perfect.

Antoine Rotelli may not have dropped Jack Napier in the chemical vat that physically transformed him but he played a part in creating the set of circumstances that led Napier to that point. He helped organize the criminal activity that recruited a young Napier into its ranks and fostered Napier’s belief that the law did not apply to him. The Joker may have been an unintended consequence of Rotelli’s decades of criminal activity but he was a consequence of that nonetheless.

Following the story arc perfectly, Michigan State, Mizzou, and all the other members of the NCAA are complicit in creating the college athletics landscape in 2019. Without those members, there is no NCAA. The institutions gave the NCAA the authority it has and have protected it from prosecution on its crimes for decades. When Izzo and Sterk spoke out, they were really criticizing their own employers. 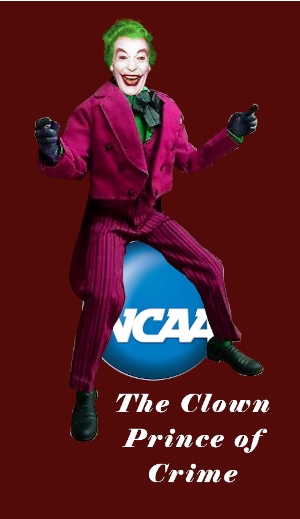 Not unlike the meeting depicted in “Batman,” university presidents collectively met and decided what “the collegiate model” would look like. The same have continued to adjust that over the years, in the arbitrary manner Izzo and Sterk referred to. There are no concrete fixtures for what “amateurism” or any other tenet of NCAA ideology should include or how that’s put in practice. It’s subjectively based on whatever the leadership of the moment thinks it should be, just as is apparent in NCAA sanctions and transfer waivers.

It’s hard to sympathize with Mizzou missing out on $8-$9 million in revenues this year when the majority of the laborers producing that revenue wouldn’t have received an equitable share of it without the sanctions anyway. That’s one of the demands of the arbitrary and self-serving system that Missouri helped create and has had no problem participating in until recently. In the same way, it’s difficult to frame Izzo as anything but a spoiled child who is angry that he/she doesn’t get unlimited access to all the toys he/she wants.

The trail of criminal abuses of individuals by the NCAA and its membership goes beyond the exploitation of labor, however. It includes the denial of proper healthcare, gender discrimination and putting people in environments where they are vulnerable to sexual predators. Unfortunately, colleges and universities can be some of the vilest places on Earth because that’s the environment a criminal organization produces.

Michigan State, Missouri and the other members of the NCAA have the power to alter that landscape for the better but doing so will take a radical measure. The dog that they trained to bite the hands that feed it is too set in its ways to be reformed. It must be put down. Fortunately, there is an alternative.

The HB League will launch soon with an equitable labor structure that recognizes the humanity of athletes and the value of their labor. Any institution like Michigan State or Missouri exiting the NCAA to join that league would be a tremendous step in creating a new landscape in college athletics.

Despite what men like Izzo and Sterk may say, NCAA-member institutions are the authors of their own demise like how Rotelli set in motion his own death by becoming involved in a criminal organization. Like The Joker at the end of “Batman,” the NCAA needs to be figuratively taken up in a helicopter and dropped to its doom and only institutions like Mizzou can do that.

Permanent link to this article: https://advocacyforfairnessinsports.org/opinion/the-ncaa-is-the-best-joker/