The problem of ‘sleeping with the enemy’ 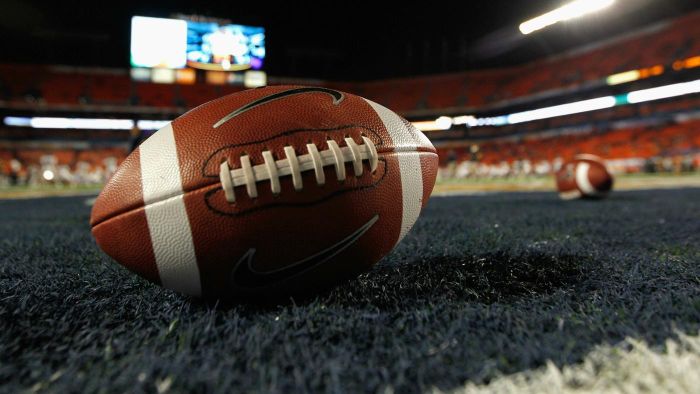 It’s no secret that the NFL has serious issues. Whether it’s delays and schemes in the concussion settlement, unethical prescription painkiller practices, inconsistent discipline, or concussion protocol problems, there are plenty of angles from which to criticize that league.

Putting the NFL aside, there are issues with the collegiate level of American football as well. There are health concerns at that level which mimic the NFL’s issues, and then there’s always the elephant in the room. As conferences and schools reap millions in revenues, the athletes playing the games are limited to receiving full cost of attendance as their cut of that action if they don’t want to risk their eligibility and scholarships (assuming they have scholarships).

Media coverage of these issues is expanding. As that happens, more consumers of such media are becoming aware that if “football is family,” then it’s an estranged family whose annual gatherings always result in the participants dreading the next one.

Fans of American football are among these consumers. Those who spend money to attend games, buy merchandise and watch games on streaming media or television are often faced with a conundrum. How does one continue to enjoy the game when there are so many issues surrounding its execution?

I’ve faced this problem myself. In the course of my writing, I’ve written about new business initiatives and technology advancements which pertain to NCAA and NFL football. While the intent of my articles might not have been to promote the game, that was the effect nonetheless.

As I’ve learned more and more about how NCAA and NFL players are treated as disposable commodities by the institutions which operate football games for profit, I realized that by continuing to write such articles, I was “sleeping with the enemy.” I couldn’t be intellectually honest in my writing criticizing the fleecing of these living, breathing human beings while simultaneously contributing to the marketing of that business.

Football itself is amoral. It’s a game. Enjoying that game, whether on a participant or spectator level, is not a moral issue. It’s a personal preference, similar to what genre of film a person prefers.

American football for many NCAA-member institutions and the NFL isn’t a game, however. It’s a product. Like any other business which sells a product, the desired end of every action and asset is substantial and sustainable profitability. There is nothing inherently immoral about that. Problems arise when players are treated as assets in that pursuit of profit instead of living, breathing, human beings. Both the collegiate and professional ranks of football have built their businesses on exactly such practices. Maximizing profits has meant spending as little revenue on players as possible.

If the NCAA making college athletes the only legal adults who can’t financially profit off the use of their own likenesses without sacrificing their education while the conferences and schools make millions off those images is no problem for you, then I suggest you continue buying officially-licensed merchandise bearing the logo of your favorite school.

If the NFL refusing to provide lifetime health coverage for players who sacrificed their health for a lifetime to help make the team owners billions of dollars in revenue doesn’t stir any emotion in you, then go ahead and watch this Sunday’s Super Bowl.

However, if you find these and other facets of the status quo in the football industry to be unethical, then I submit that it’s intellectually dishonest if you continue to be a consumer of the product. There is no clearer message that the status quo is acceptable than a robust, steady stream of revenue. Likewise, there would be no stronger message that change must happen than for that revenue to dry up and the reasons for that boycott to be made clear.

The support on social media and in conversation that many people have lent toward the causes of NCAA and NFL football players as they seek change is great, but it’s only a half measure. If the same people couple that lip service with continuing to be consumers of the product, then they are “sleeping with the enemy.”

Permanent link to this article: https://advocacyforfairnessinsports.org/opinion/the-problem-of-sleeping-with-the-enemy/