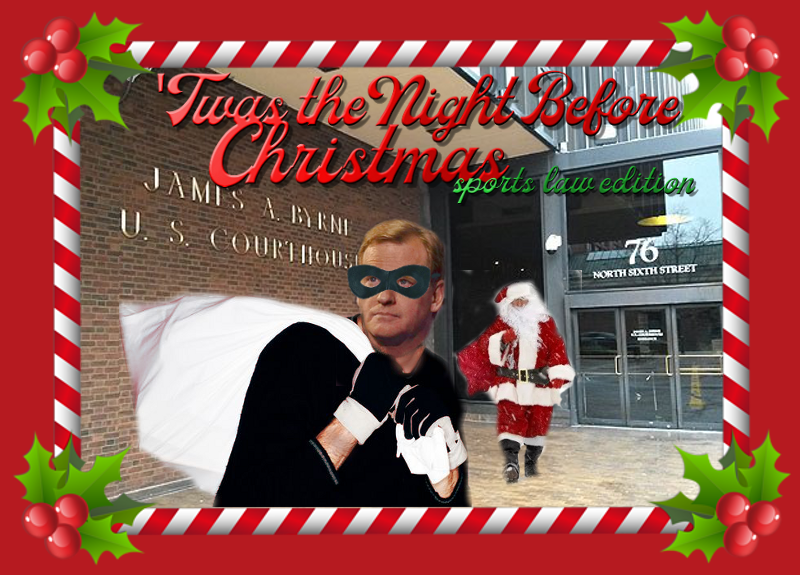 ‘Twas the night before Christmas, and all through the land
Cases were argued and seeking remand;

The sports leagues were busy, all driven by greed,
In hopes that their coffers would greatly succeed;

The players were hustled and pumped full of meds;
While double-visions of quarterbacks danced in their heads.

And Reid in his ‘kerchief, while standing with Kap,
Was harassed with drug tests at the end of each snap.

When out on the field there arose such a chatter,
I sprang from my seat to see what was the matter.

Away to Google I flew like a flash,
To find out the latest on Goodell and Pash.

The suit on the menu of the news driven day,
Said that Oakland was suing the Raiders per se,

The citizens were tired of paying their bills,
While NFL owners ran for the hills.

With a little old liar so shifty and quick,
I knew in a moment he must be a d**k.

Then one of the Eagles, Lane Johnson by name,
Called out his union for acting with shame.

“Now Smith, now Goodell, and McPhee too”
“When I ask for documents you choose to collude.”

But the union had secrets it dare not expose
The back-door agreements it needed to hose.

Meanwhile in Philly, I saw ample proof
Of the NFL’s hustlers seeking to loot.

The brain-damaged players who dared file a claim.
The league tricked the players then shifted the blame.

NFL was nervous ‘cause the players were sick;
And they knew to defeat them they’d have to be slick.

As I shook my head and then turned around,
The league sought an encore, emboldened and proud .

Since that’s not enough for the great NFL;
It was time to make a toddler’s life hell.

The child named Hernandez, her father is dead,
But that didn’t stop them, they were ready to shred.

Their eyes how they twinkled when they rewrote her claim,
To draw her into their preemption game.

Meanwhile in hockey the lads took a hit;
When they asked for compassion their league threw a fit;

Blame the science, deny and deny,
“Pounding your brain doesn’t cause it to fry.”

The kids fared no better; they too have a foe,
NCAA keeps them broke while they rake in the dough;

“No duty of care, when it comes to your brain,
No wages, long hours, not as much as your name.”
Nothing is yours in the amateur game;”

We wait for Judge Wilken; what will she say?
Will the poor athletes finally get paid?

Back in New York, a strange thing took place.
The Feds were running a sneaker strewn maze.

Execs spent some money to bolster their brand,
Gave money to poor folk and it got out of hand;

“They must be arrested, they’ve broken the rules!”
Feds claimed the men were defrauding the schools.

They were tried and convicted, a frightening affair;
Sadly it happened because schools won’t share.

Then Santa passed by and rechecked his list,
He scratched off some names and looked off in the mist.

“Perhaps they’ll be better next year,” he said,
“What on earth happened? Is sportsmanship dead?”

But I heard him exclaim, as he drove out of sight—
“Merry Christmas to all, please try to do right!” 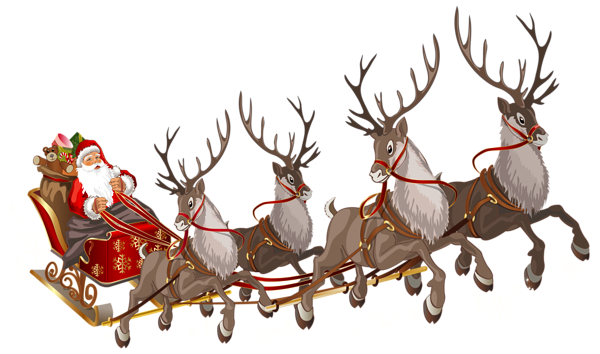 Permanent link to this article: https://advocacyforfairnessinsports.org/opinion/twas-the-night-before-christmas-sports-law-edition/