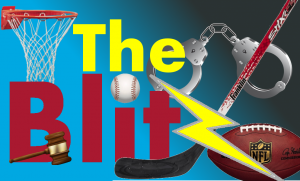 ⚖️Litigation Lane: ?Painkiller Pandemonium: I didn’t have time to get an article out but you can catch up on the latest in the NFL painkiller lawsuit through these tweets and the linked documents. #NFL Clubs file motion to dismiss SAC in painkiller lawsuit.
PDF: https://t.co/8DXf4KuDjj — Sheilla Dingus (@SheillaDingus) April 1, …

END_OF_DOCUMENT_TOKEN_TO_BE_REPLACED

Permanent link to this article: https://advocacyforfairnessinsports.org/2017/04/03/the-blitz-4317/