Permanent link to this article: https://advocacyforfairnessinsports.org/2019/11/13/what-robert-kraft-should-explain-to-rob-gronkowski-when-he-tries-to-coax-him-from-retirement/

The Conversation Robert Kraft Should Be Having With Gronk

According to multiple reports, New England Patriots owner, Robert Kraft has been trying to convince Rob Gronkowski to end his retirement and rejoin the team.  Since Gronkowski has not yet submitted formal retirement papers, he would be eligible to return prior to November 30 if he chose to do so.  Per NFL Network’s Ian Rapoport, “Kraft told Gronkowski that he wants him to return for November, December, and a playoff run. If that happened, the team not only would welcome him back but would remain hopeful that it happens.”  That conversation is said to have taken place in March when Gronkowski announced his retirement.  As recently as October, Kraft expressed his desire for Gronk’s return, “We all love Gronk and I think the bottom line is, he hasn’t put his retirement papers in. We can pray and hope. … I think that’s a good academic argument that there is hope with Gronk.”

It’s unclear if additional overtures have been made, but if so, Kraft should take a few steps back and consider what he’s asking.

END_OF_DOCUMENT_TOKEN_TO_BE_REPLACED

Permanent link to this article: https://advocacyforfairnessinsports.org/feature-stories/nfl/the-conversation-robert-kraft-should-be-having-with-gronk/ 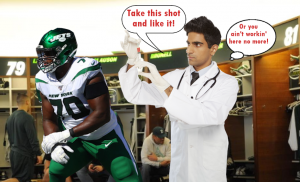 Permanent link to this article: https://advocacyforfairnessinsports.org/2019/10/20/jets-refusal-to-allow-kelechi-osemele-to-have-surgery-for-torn-labrum-is-a-harsh-reminder-of-nfls-dna/

New York Jets offensive guard Kelechi Osemele’s ongoing and now public dispute with the New York Jets, highlights a problem anchored deeply within NFL culture. In case you somehow missed it, the Jets threatened to discipline Osemele for “conduct detrimental”—and then on Saturday afternoon followed through with the threat by imposing a fine.

What conduct did the Jets organization deem to be detrimental? Mr. Osemele wants to have surgery to repair a torn labrum in his shoulder

END_OF_DOCUMENT_TOKEN_TO_BE_REPLACED

Permanent link to this article: https://advocacyforfairnessinsports.org/feature-stories/nfl/kelechi-osemeles-saga-reminds-us-of-nfls-toxic-culture/ 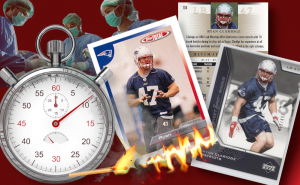 Permanent link to this article: https://advocacyforfairnessinsports.org/2019/10/19/ryan-claridges-story-highlights-fragility-of-careers-in-professional-sports/ 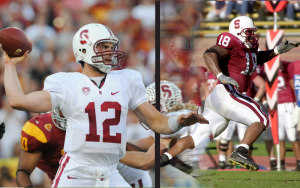 Andrew Luck and Amon Gordon are two Stanford alumni whose NFL options were very different. Over the weekend Colts’ quarterback, Andrew Luck startled the NFL world with his decision to retire at the relatively young age of 29. As Ken Belson writes, in the New York Times, “Luck belongs to a young generation more carefully weighing the dangers of the game against the financial rewards.

END_OF_DOCUMENT_TOKEN_TO_BE_REPLACED

Permanent link to this article: https://advocacyforfairnessinsports.org/feature-stories/nfl/two-stanford-alumni-two-very-different-nfls-for-andrew-luck-and-amon-gordon/

END_OF_DOCUMENT_TOKEN_TO_BE_REPLACED

Permanent link to this article: https://advocacyforfairnessinsports.org/current-litigation/active-nfl-cases/nfl-painkiller-lawsuits/ex-players-impacted-by-nfl-pressure-to-perform-through-pain/

What does Illinois Senate Bill 12 Really Mean in Regard to Pro Athletes?

Just prior to Super Bowl LI, NFLPA Executive Director DeMaurice Smith made news when he blasted Chicago Bears chairman George McCaskey for endorsing a bill currently before the Illinois senate which would reduce workers compensation benefits to professional athletes. Illinois, which to this point has been one of the most progressive states in regard to workers comp, has as part of their state Workers Compensation Act, a provision that pays a wage differential benefit to permanently disabled workers through age 67. Senate Bill 0012 proposes to cut this benefit in regard to professional athletes at age 35.

When the bill, along with the fact that the owners of professional sports teams in Chicago, including the Chicago Bears support the bill, became known, Smith lashed out, referring to the bill as “just another way to bankroll the coffers of the rich owners who own these teams at the expense of the players who actually do all the work.” He further stated…

END_OF_DOCUMENT_TOKEN_TO_BE_REPLACED

Permanent link to this article: https://advocacyforfairnessinsports.org/feature-stories/legislation/what-does-illinois-senate-bill-12-really-mean-in-regard-to-pro-athletes/