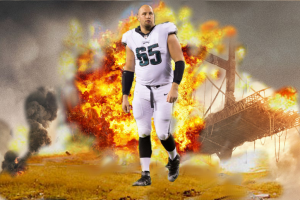 Philadelphia Eagles offensive lineman Lane Johnson found himself in the unenviable position of having most of his causes of action against the NFLPA dismissed in a lawsuit that has been waged for over two years.  Despite some disturbing pleadings regarding union misconduct and retaliation, Southern District of New York Judge Richard Sullivan denied Johnson’s motion for discovery and ordered him to respond to the NFLPA’s motion for summary judgment, which could put an end to his case.

END_OF_DOCUMENT_TOKEN_TO_BE_REPLACED

Permanent link to this article: https://advocacyforfairnessinsports.org/current-litigation/lane-johnson-v-nflpa-nfl/lane-johnson-reenters-the-game-with-explosive-opposition-brief/ 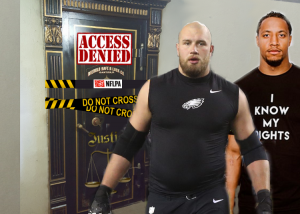 Lane Johnson’s response to the NFLPA’s motion for summary judgment is due today. UPDATE: An explosive brief exposing conflicting testimony between the NFL and NFLPA, and among NFL employees, as well as the NFLPA’s narrative to one federal court in contrast with an opposite narrative in a different federal court, puts Lane Johnson back in …

END_OF_DOCUMENT_TOKEN_TO_BE_REPLACED

Permanent link to this article: https://advocacyforfairnessinsports.org/2019/01/16/lane-johnson-and-eric-reid-search-for-truth-about-nfl-drug-testing/